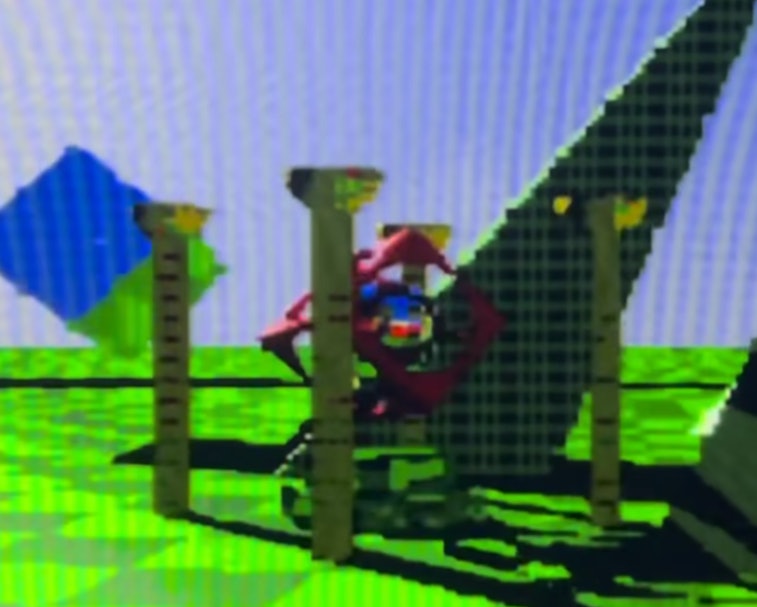 Ray tracing was arguably this year's hottest trend in gaming as the rendering technique introduces more realistic shadow and lighting effects to gameplay. It's a bit of a resource hog though, so ray-traced graphics are limited to high-end PCs as well as the new PlayStation 5 and Xbox Series S/X.

But Nintendo's classic SNES supported the Super FX expansion chip that enhanced its 16-bit graphics with more advanced rendering capabilities — so someone thought to do something in the same vein and create a chip that adds ray tracing to the retro console. The result is... hard to describe:

Retro futuristic — The game above isn't really a game at all but more of a demo of what ray-traced graphics might have looked like on the SNES. It doesn't actually add new effects to any existing games like Star Fox — they would have to be programmed to support it. Still, it's kind of amazing to see dynamic shadows blended with the primitive geometry and lighting of that generation's games.

Modder Ben Carter of Shironeko Labs says his chip, called the SuperRT, makes it possible to create single-bounce reflections and directional light shadows, which you can see as objects in the demo move relative to a light source (the sun).

In the past, game developers might have placed fake lighting objects in an environment and then tweaked the scene to make the lighting appear the way they wanted. With ray tracing, developers can put lights where they want them to go and the graphics chip does the legwork of ensuring they illuminate accurately within their surroundings.

Love it or hate it — Ray tracing is a bit controversial in the gaming community as some think it's an unnecessary distraction from creating a polished game with strong writing and character development, an area where the industry often lags. High expectations for Cyberpunk 2077's graphics performance — including ray tracing support — pushed back development times, and the game launched with bugs and a lackluster storyline. Proper lighting can help set a scene and convey emotion, however, which is how ray tracing implemented correctly stands to enhance a game's story. More games going forward are expected to take advantage.

Others in the modding community have created similar projects to SuperRT that show retro games in a new... light. A group of developers has been remaking the late '90s game The Legend of Zelda: Ocarina of Time using the Unreal Engine 4, and the new high-end effects make for some very beautiful gameplay.