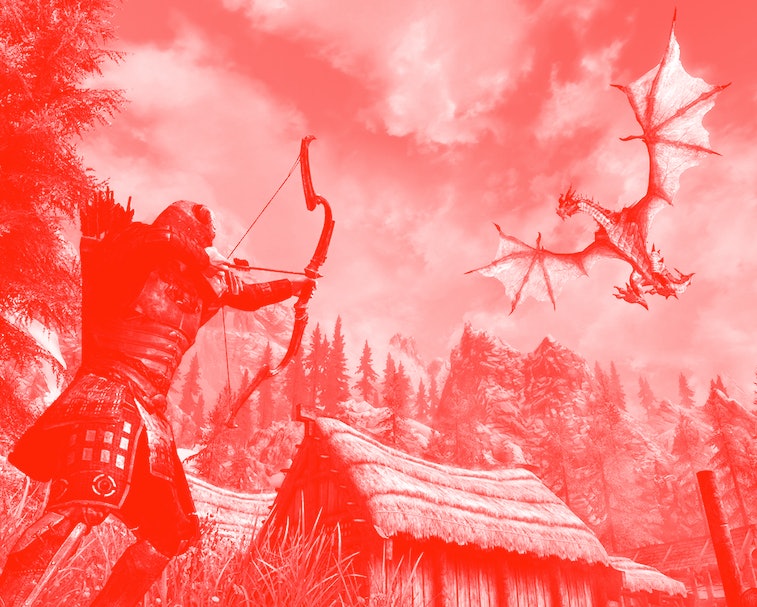 While some good games have come out in 2022, it's been a pretty dire year for new games overall. How dire? Well, it's probably going to get worse before it gets better, and according to NPD, May 2022 was apparently the slowest month for game sales since February 2020.

In fact, it was so slow that the ancient The Elder Scrolls V: Skyrim is in the charts for the first time since 2017.

Arrow to the gut — To be fair to today's game developers, overall game sales exploded right around February 2020 due to the onset of the pandemic in the months that followed. Now that more people feel comfortable doing grubby things like going outside and attending live music (gross!), it's only fair to assume that sales of new games would subside somewhat. However, overall volume of sales decreased by 19 percent year-over-year, which is probably more than most expected.

The three best-selling games of May were Elden Ring (no surprise there), Lego Star Wars: The Skywalker Saga, and Nintendo Switch Sports. The only new May release to make the top 50 was Evil Dead: The Game. Ouch. That means that a decade-old RPG outsold every game released in May except for a movie spin-off. That's a new definition of a slow month for the industry.

A bit too retro — While there's nothing wrong with playing old-ass games — heck, I do it all the time — you really have to wonder at the people who are buying Skyrim in 2022. I'm guessing some horrendous fraction of them already own the game on another platform, if not the majority. Well, that's just the nature of a hit-driven industry, I suppose.

The rest of 2022 is not looking particularly promising on the big new games front, but we should get a new Sonic out of the deal, at least. Personally, I'm just hoping that God of War Ragnarok comes out this year, because otherwise, Elden Ring is going to sweep the mainstream Game of the Year awards entirely unopposed. At least put a tomato can in there for Miyazaki to knock out.