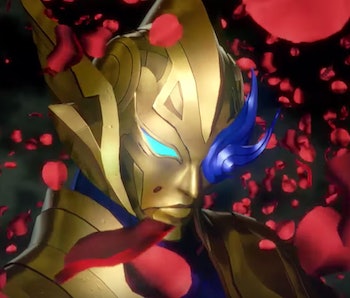 Today, during its surprise Nintendo Direct Mini: Partner Showcase livestream, Nintendo announced that two games from the highly acclaimed Megami Tensei series would be coming exclusively to its Switch platform.

Shin Megami Tensei V, the latest installment in the long running Japanese series, has been in development for quite a while. The last mainline game in the series was 2016's Shin Megami Tensei IV: Apocalypse for the Nintendo 3DS. The last time fans got a peek at its sequel was almost three years ago.

Critical Hit — Shin Megami Tensei is a post-apocalyptic turn-based dungeon RPG that exploded in popularity after its release for the SNES (a.k.a. the Super Famicom) in 1992. The franchise is perhaps best known in the west for its spinoff series Persona, which has broken into the mainstream with Persona 4: Golden and Persona 5 on Sony’s PlayStation Vita and PlayStation 4, respectively.

Demon Fusion — While the next installment of ATLUS’ highly popular RPG series will see a simultaneous global release in 2021, the developer has announced that it will also offer an HD remaster of 2003’s Shin Megami Tensei III: Nocturne, which was originally available for Sony’s PlayStation 2 console. This is kind of a fitting moment for the gaming landscape, as the Switch continues to rocket its user base towards Sony's record-setting PS2 sales figures.

This is extremely satisfying for Nintendo fans, who've begged ATLUS and Nintendo to bring Megami Tensei games, like Persona 5, to the Switch. Nintendo has yet to make any announcement on the Persona front — but this, combined with the game's Joker character joining Super Smash Bros. Ultimate, certainly sets the stage for more ATLUS content on the hit hybrid console.