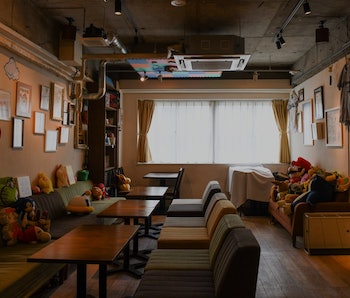 A members-only diner has operated for years in Tokyo as a destination for some of the minds behind the video game industry’s most iconic characters. Opened in 2015 by former Nintendo employee Toru Hashimoto, the diner is reopening following a pandemic closure, and it will now be a more modest café open to the public.

Nintendo heaven — Bloomberg reported on the café, which has operated in secret since 2015, primarily as a hangout spot for the masterminds behind franchises including Pokémon and Zelda to relax and discuss industry developments. The walls are covered in doodles from the games’ creators, and artifacts from Nintendo’s history adorn the area. Many of the items on display are unlikely to be found anywhere else in the world.

Regulars at the café in the past have included Shigeru Miyamoto, the creator of Mario, and Shigeki Morimoto, one of the people behind the Pokémon franchise. The location of the café, simply called 84, was always part of its allure — Hashimoto never gave out its address, so visitors had to find it through connections.

Must-see destination — The café is really a home for true Nintendo fans, where they can geek out, play games, and just unwind. “I’ve known Hashimoto a long time, since he helped us make the first Pokémon game,” Morimoto said. “84 is my favorite destination — by myself to lay back and unwind or with my son to play Pokémon card games. The place makes you really feel at home.”

Now that 84 won’t be exclusive, it may be less attractive to the type of people who have frequented in the past. And unlike before, the hangout spot will no longer serve beer or ramen, sadly. That’s because Hashimoto was forced to close 84 at the start of the pandemic and was unable to find a new chef. But the café is no doubt still going to be a must-see destination for any Nintendo fans visiting Japan.

Hashimoto still isn’t giving out the location of 84, and asks anyone who finds it to keep it hush hush. Visits to the café are by reservation only, and he’ll only confirm the address to you if you’re correct. One hint? 84 is located inside a half-a-century old building and is within a 10-minute walk of Tokyo’s Shibuya Station.

Nintendo itself is opening an official museum in Japan, tentatively called the Nintendo Gallery. But Hashimoto says his café is special because the company didn’t preserve much history in its early days, so some of the objects you’ll find in 84 are things Nintendo itself no longer has in its possession.