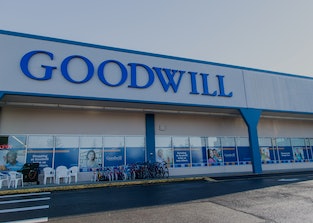 The price Eric Naierman paid for the factory-sealed copy of 'The Legend of Zelda'.

You don’t have to be much of a gamer to recognize Zelda, the young Hylian man with elf-like ears. How much is that worth to you? At least for one person, the answer was $411,000. That’s the price that Goodwill sold a sealed copy of The Legend of Zelda for at auction. The non-profit thrift store chain — normally a place people go to get a deal on some lightly-used clothing — saw the game donated anonymously to its Bridgeport, Connecticut store.

Classic, sealed games have been going for big money, like a mint copy of Super Mario Bros that sold at auction in April for more than $660,000. These are classic games that became a cornerstone of culture, and few people bought a copy decades ago with the idea it could be worth something someday, so mint condition copies are rare (no, your opened copy won’t be worth a lot). That rarity breeds demand among collectors.

Hopefully the donor of the 35-year-old Zelda title knew what they had.

$$$ — When collectors got word that Goodwill was hosting the auction, they flocked to its digital shop to place bids. The winner ended up being Eric Naierman, who has been described as a dentist that began collecting baseball cards in the ‘90s before moving on to classic video games. Naierman owns rare games, including a first-print of Castlevania.

The Zelda copy that he bought hasn’t been graded by professionals, and Goodwill’s product description said the plastic wrapping had some scratches and smudges. But Naierman estimates that it would be certified as an 8.5 out of 10 and valued at around $600,000 — making $411,000 a bargain.

Besides increased interest in collecting rare video games, new grading systems have helped to bolster values at auction. Without a grade, it’s harder for a seller to convince a customer of a game’s value. Companies recognized this gap in the market and launched organizations that do nothing but inspect collectibles for damage and give them a value.