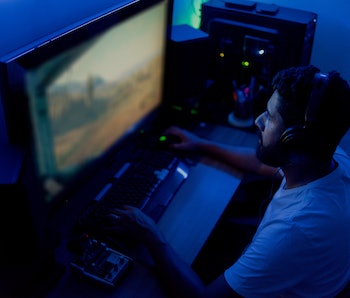 Microsoft’s April update for Windows 10 appears to be causing widespread issues for gamers, according to PC Gamer, with random stuttering and unstable frame rates commonly reported during gameplay.

Patch Tuesday is the name for Microsoft’s release cycle in which new patches for Windows are released on the second Tuesday of each month. They are intended to patch up bugs and new security vulnerabilities. But sometimes fixing one piece of code can cause unintended consequences elsewhere, as happened here.

It’s possible to narrow down the cause of the issues to the latest Windows 10 update, as users on Reddit discovered that gameplay performance issues can be resolved simply by uninstalling the most recent update, which has the identifier KB5001330 or KB5001337, depending on which version of Windows 10 you’re running. Both Nvidia GeForce RTX 3070 and RTX 2070 Super graphics cards exhibit the issue, running on both Intel and AMD processors. So it doesn’t seem specific to any type of hardware.

Here’s the fix — Microsoft forces software updates automatically — normally a good thing. At their worst, viruses could co-opt your computer into a botnet army that infects other computers, or take your computer hostage and demand a bitcoin ransom. So getting the latest protections is crucial. In this case, of course, the update was less welcome.

Fortunately, patches can be uninstalled easily. All you have to do is navigate to Settings > Update & Security > Windows Update and select “View update history.” From there, just look for either KB5001330 or KB5001337 and select the uninstall option.

It’s always a good idea to have the latest patches installed from Microsoft, for the aforementioned reasons. Hopefully, the company will push a patch for this patch (?) soon.