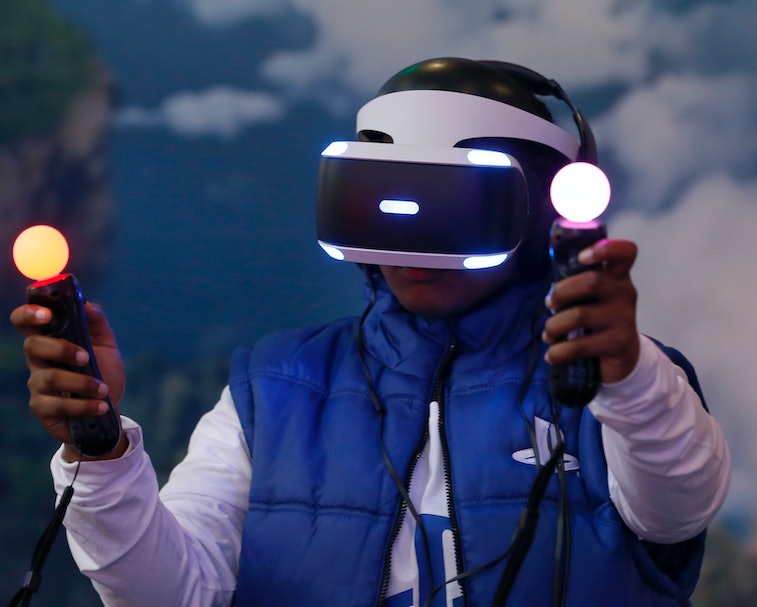 Owners of the PlayStation VR need the hold onto the PlayStation Camera from the PS4 in order to use their headset with the PS5, coming out on November 10, as the new console's HD camera is weirdly not VR-compatible. The old camera doesn't work with the new PS5 out of the box, however, so you'll need an adapter. Thankfully Sony is offering these for free and has launched a website where you can request one.

Basically, the adapter is a little dongle that plugs into the USB Type-A port in the back of the PS5, and allows you to plug the PlayStation Camera into an AUX port on the adapter. Phew.

In order to get a free adapter you'll need to provide the serial number for your PSVR headset, and Sony is — understandably — limiting adapters to one per owner. The adapter should ship in most of the world starting in mid-November.

PSVR is underrated — Although it's largely well-liked by owners, the PlayStation VR headset has never taken off to the degree Facebook's Oculus has. It's mostly a niche product that developers haven't taken advantage of, probably because there are so few owners that it's just not worth the investment of time and resources. Even when a title does have VR incorporated it's often not essential to gameplay, either, making the headset a harder purchase to justify unless you find a good deal on one.

PlayStation's CEO has said that he predicts it'll be years before VR is a meaningful part of the gaming market.

Facebook has been aggressive about bringing down the costs of its headsets and making them accessible without a console or PC. It's also been able to build a large title of games in part by throwing money at developers. Early this year it acquired VR studio Sanzaru Games which has produced several games for Sega and Marvel characters.

Nearly half of all VR headsets sold last year were from Oculus, and in May the company surpassed $100 million in content sales.

It would be great to see Sony invest more in its VR products so that consumers have an option that isn't inextricably linked to Facebook and its ills. But it doesn't appear to be a priority for the Japanese electronics maker, unfortunately. But considering it's got a next-gen console coming out in two weeks, who can blame it?