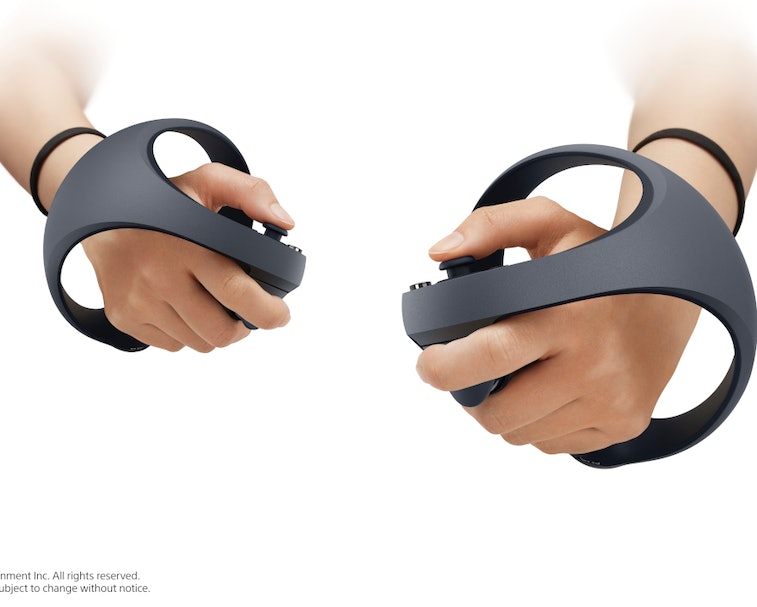 The PlayStation team has blessed us this morning with a look at its next-gen virtual reality controllers — and they’re quite unlike anything we’ve played games with before. The “orb” shape alone is fresh, not to mention the control features contained within it.

This reveal follows closely at the heels of last month’s announcement that next-gen PSVR would be coming in the not-too-distant future. Today’s taste contains much more detail than the company’s last teaser, thank goodness.

Much of the reveal focuses on how the new PSVR controllers will create a more immersive gaming experience than has ever before been possible with the PlayStation. Hideaki Nishino, Senior VP of Platform Planning & Management, writes that the next-gen controllers “will build upon the innovation we introduced with the DualSense wireless controller, which changed how games ‘feel’ on PS5 by unlocking a new way to tap into the sense of touch.”

Sony’s DualSense controller is by far one of the most-loved gameplay features of the PlayStation 5 — to such an extent that even Xbox head Phil Spencer has publicly praised the innovation. Bringing that immersion to VR will be a game-changer.

Orb orb orb orb — There’s a lot to discuss here, but let’s start with the obvious: the new controller’s design, which is unique, to say the least. PlayStation is calling it an “orb, and it certainly is orb-like. It’s nothing at all like the company’s last take on a VR controller.

The main part of the controller — where your hands will actually rest — is a curvy column with a trigger, a joystick, and a few buttons. But there’s much more to this controller; that matte-grey column continues upward to wrap around each hand. The ergonomics on these should be lightyears away from what we’ve experienced with the current-gen PSVR Move controllers.

Adaptive triggers and haptic feedback — The orb is cool and all, but it’s not going to be worth the cash without an innovative feel, too. Sony seems to have that covered.

The new controllers have adaptive triggers, which should feel somewhat familiar to anyone who’s played around with the PS5’s DualSense controller. The triggers have very real-feeling tension, so actions like drawing a bow are much more than just clicking a button. Add VR to the mix and you have something truly immersive.

The entire controller is also equipped with haptic feedback and finger touch detection. This will allow VR games to understand where your fingers are without actually having to press anything. Nishino says this “enables you to make more natural gestures with your hands during gameplay.”

Sony says it still has much more to share with us — we haven’t even seen the headset that will serve as the PSVR centerpiece, after all. The full system isn’t expected until some time in 2022. Perhaps by then you’ll have located a PS5 to use with it.