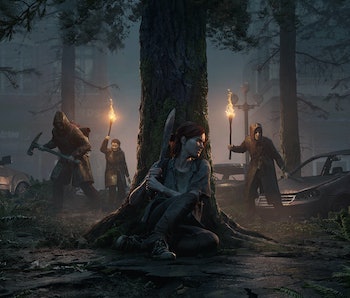 In a blog post update on Wednesday, PlayStation announced it would no longer be attending PAX East. Sony Interactive Entertainment is dropping out of the Boston convention to protect the health of its employees from potential COVID-19 (the disease formerly known as novel coronavirus) exposure. So far, PlayStation is the only company to pull out of PAX East and the event will continue as scheduled “with enhanced cleaning and sanitization.”

Sony the homebody — Other than a tepid general showing at CES that debuted a PlayStation 5 logo, Sony seems to be staying out of the limelight. Shortly after CES, the company announced it wouldn’t be attending E3 this June, despite cooking up a new console and having a few games in the pipeline. Most recently, Sony also pulled out of Mobile World Congress over COVID-19 concerns before the entire event was canceled. Though generally a space to debut new Xperia phones, MWC’s modestly growing VR presence could have provided an opportunity for PlayStation VR news.

What about the demos? — “Our focus is on making sure fans feel part of the PlayStation family and have access to play their favorite content,” a spokesperson said in a statement regarding Sony’s absence from E3. It doesn’t appear that this family will have access to any of the demos promised at PAX East, including Dreams, Marvel’s Iron Man VR, Nioh 2, Doom Eternal, and Spelunky 2. Most notably, an older post about Naughty Dog's The Last of Us Part II was updated to nullify all information about signing up for an hour-long demo.

We reached out to PlayStation for details on any online content it might provide in lieu of its presence and whether it will offer an alternative peek at Last of Us Part II gameplay.