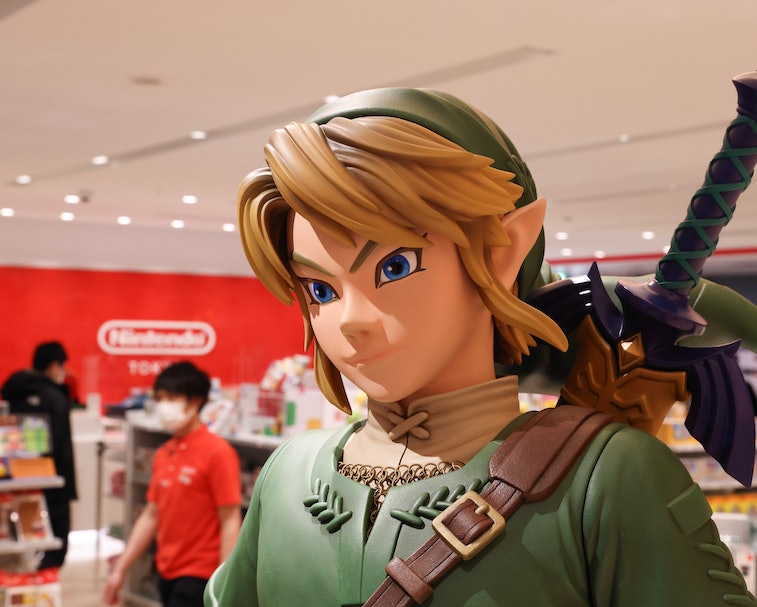 A Twitter user with the handle @Axk_000 has shared a nifty little trick on how to get a first-person perspective in the beautiful Legend of Zelda: Breath of the Wild. Dedicated communities of gamers have been modding the game pretty much since launch, but a solitary glitch resulting in a first-person-view for the player in BOTW is a game-changer.

@Axk_000's formula for activating this particular glitch is as follows:

The glory of this glitch — What makes @Axk_000’s discovery of a way to enjoy the game's pleasures in first-person-view is that there are zero mods involved. In the past, Kotaku reports, modders like Silent Verge, MelonSpeedruns, and SushiiZ modded BOTW into a first-person game. The only catch was the fighting scenes weren't as captivating as they normally are in a third-person view. But it’s a price many are willing to pay to get a more intimate experience of the legendary game that’s helped make the Nintendo Switch such a runaway hit.

Other entertaining glitches — Gamers are always on the hunt for glitches that make BOTW even more engrossing. In September 2020, Nintendo Enthusiast reported that players discovered a glitch that essentially flipped the kingdom of Hyrule upside down. What you had to do to activate this chaos was spot either a Stalnox or Hinox — massive, Goliath-like monsters in the game — bring them near a waterfall, and try to shove them into the water. If the glitch was successfully triggered, Link could walk through walls, scale surfaces vertically, and other bizarre activities. YouTuber Gaming Reinvented demonstrated the trick in the video below.

Of course, the bad news is that glitches like this one can be fixed through updates from Nintendo. Code optimizations by the game’s developers could render this delightful bug inaccessible eventually. But don’t let that stop you from enjoying first-person BOTW in first-person in the meantime by following @Axk_000’s formula.

Heck, Nintendo might even release a patch that lets you navigate Hyrule in first-person-view after seeing this. Don’t hold your breath though.