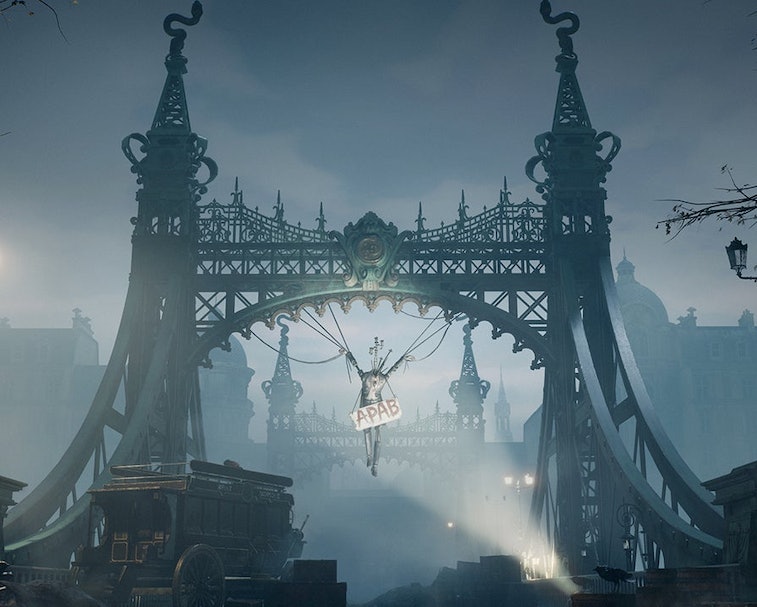 Hey, do you remember that game Bloodborne? Though we can all agree it's the most realistic simulation of what it's like to live in COVID-era England, it's also a pretty good game, too. That's apparently what the developers of the upcoming Soulslike game Lies of P thought, because their game looks a hell of a lot like Yharnam. However, one of its promotional images also features a truly inexplicable APAB sign that had all of us here at Input shaking our heads in confusion.

Publisher Neowiz recently revealed a gameplay teaser for Lies of P, and its spooky cityscape and army of sinister automatons actually look pretty damn compelling, especially if you haven't injected any blood vials recently. Still, the fact that the game is based on the original Pinocchio folktale is so off-the-wall and ridiculous that it's hard to know if they can stick in the landing. Case in point: this “APAB” sign.

All Pinocchios are boys — If you aren't familiar, the acronym ACAB is a cross-cultural anti-police slogan that stands for "All Cops Are Bastards." APAB might thus signify that "All Puppets Are Bastards." Though it has a long history, it's become ubiquitous over the past eighteen months as many have become more aware of how police brutality disrupts and terrorizes marginalized people everywhere.

However, it's also possible that the sign is styled after the acronyms "AMAB" and "AFAB," which is used by the queer community use to express "assigned male/female at birth." Given that Pinocchio goes through a physical transformation to better fit his identity, could it means “assigned puppet at birth”? Given the high-profile strife that surrounds the issue of police brutality these days, I personally think it veers towards the former, but it's definitely ambiguous. What do you think it is?

All players are brash — Either way, it's pretty interesting that the developer of a high-profile indie game include such a sign so prominently in their marketing, though it does remind us a little of David Cage-style theatrics. Lies of P won't be emerging from the workshop until 2023 at the earliest, however, so we probably won't find out until then.