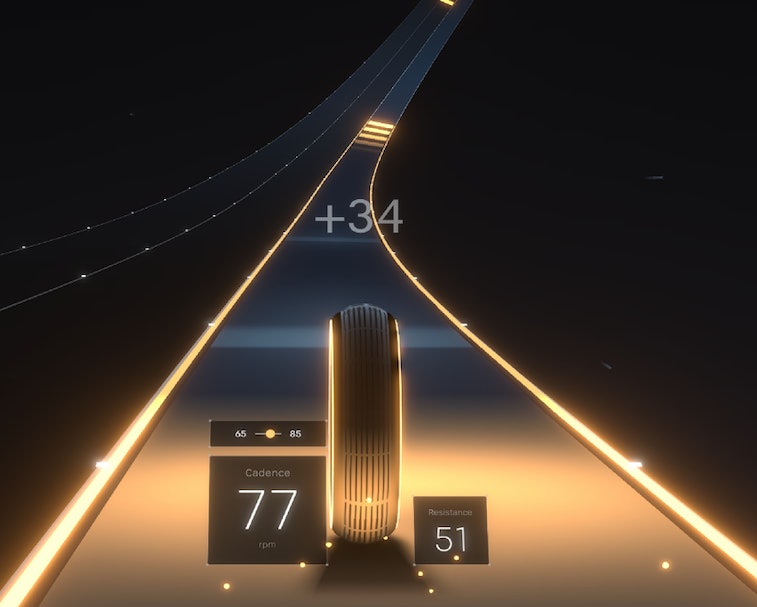 Peloton is gamifying exercise. The maker of premium exercise bikes and treadmills is experimenting with offering video games that it thinks could be a powerful motivator to get riders through a workout.

The company used a blog post to describe its first title, called Lanebreak. Perhaps comparable to Guitar Hero, in Lanebreak players are challenged to match and sustain both their resistance and cadence according to cues that fly towards them on a virtual track.

Along the way, riders dodge obstacles by turning the resistance knob to “switch lanes” left or right, all with the goal of earning the highest score. Presumably, as with the leaderboard feature of its guided classes, Peloton riders will be able to compete against one another, even if only for a high score rather than in real-time.

Gamification — Peloton describes Lanebreak as an experiment that it’s testing with a small number of customers. It says the next phase of its work is to gather feedback on the game at a larger scale.

It’s not clear when the company might make games more widely available. But gamification could help riders complete a workout by rewarding them in real-time using all of the typical elements of game playing like point scoring and competition with others. The idea is that, hopefully, a rider’s thoughts of exhaustion would be outweighed by an adrenaline-fueled desire to beat their friends on the leaderboards.

The more it can get users riding, the better, because that makes them more likely to continue paying their $39 monthly subscription fee. Peloton recently added new scenic rides and is always working to broaden its offering, further differentiate it from competitors’ offerings, and keep users coming back.

Peloton saw a huge surge in demand during the coronavirus pandemic, with sales of its $2,000 bike going so high that the company suffered from months-long delays in getting them out to customers. In the first quarter of 2021, Peloton’s revenue reached an all-time high of $1 billion.