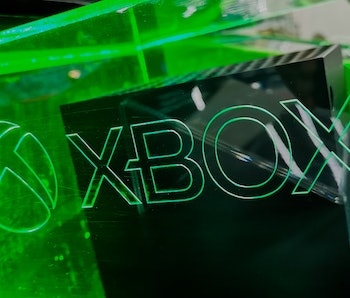 The current generation of Xbox consoles is, in many regards, just as powerful as a high-end gaming PC. Now you can actually use your new Xbox as a gaming PC, too.

Nvidia’s GeForce Now cloud-streaming service has finally added support for Microsoft’s Edge browser. Both the newer Xbox Series X and the last-gen Xbox One include Edge in their built-in software, so anyone with one of these consoles can now — in theory, at least — stream PC games through GeForce Now’s web app.

GeForce Now’s game catalog has grown to encompass a staggering number of games since its official launch early last year. Many of these games are streamed to GeForce Now via Steam, allowing users who have built up a sizable library over the years to stream them from various devices.

There are some caveats to the Xbox’s support of GeForce Now, but that’s mostly because cloud-based game streaming comes with its fair share of problems no matter the platform.

Just load and go — Anyone can sign up for a free account on Nvidia’s website, though that membership tier is also the most limited. You only get a basic rig setup and can stream games for an hour at a time, tops. It’s a great way to test out whether or not the six-month subscriptions — either at $50 or $100 depending on performance and stream time — are worth it for you.

Then it’s as easy as logging into GeForce Now in your Xbox’s web browser and choosing a game to play. You can connect your existing Steam and Epic accounts to a GeForce Now profile to access the full libraries you’ve paid for on each platform.

Not without its problems — Cloud-based game streaming is notoriously finicky. Rather than loading a game from a disc or local storage drive, you’re streaming many gigabytes of game data back and forth between your device and a remote server, inevitably creating lag and noticeable latency. These issues can be minimized by installing high-speed internet at home and choosing premium membership options (like Nvidia’s RTX 3080 tier), but even at full throttle games requiring laser-sharp precision are often difficult to play.

Playing PC games on the Xbox does come with a few extra frustrations. As The Verge’s Tom Warren demonstrates above, you often end up with a double cursor situation or a pesky virtual keyboard on top of lag issues. Hopefully Nvidia can work with Xbox to make the experience closer to seamless as it continues rolling out.

With full GeForce Now access — and support for a mouse and keyboard for input — Xbox consoles can now play more than a thousand PC games on top of the already-extensive Xbox back-catalogue. Meanwhile, the PlayStation 5 doesn’t even have a native web browser. Not that anyone without an insider connection can buy a PS5 right now, anyway.