Nvidia made a strong entry into the game streaming world 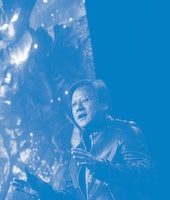 Things are looking good for Nvidia. In a blog post on Thursday, the company announced that more than a million people had signed up for GeForce Now. Not to take Nvidia's shine away, but on some level, the surge in sign-ups can be attributed to GeForce Now's free service tier.

The free service naturally comes with caveats like lower rendering quality and the fact that sessions are limited to one hour. But, in the spirit of fairness to Nvidia, garnering over one million sign-ups is an achievement for the company nonetheless. It shows that Nvidia has, so far, made an impressive entry into the fierce world of game streaming services.

Should Sony and Google be worried? — Nvidia's foray into the world of game streaming services is especially noteworthy considering that its top competition comes from well-established giants like Sony and Google. As of November, Sony noted that it received a million subscriptions for its PlayStation Now service. It's not a bad figure since it indicates there is a healthy amount of public interest in the service even though it costs $60 annually. As for Google, since the firm hasn't reported numbers openly, it's not so clear if there is a ton of hype for its Stadia service.

Recovery post-Activision Blizzard hiccup — As Input recently reported, Activision Blizzard abruptly removed its games from GeForce Now in early February, eliciting a bunch of criticism from gamers who were looking forward to the cloud gaming collaboration.

For its own part, Nvidia officially explained that there had been a "misunderstanding" about the partnership and has since worked hard on recovery mode. That diligence to win gamer trust and interest back seems to be paying off now.