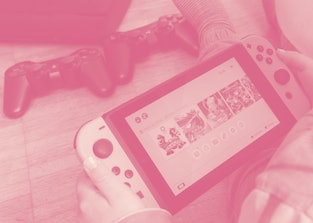 Consecutive months the Switch has outsold every other console.

Of every console on the market right now, Nintendo’s Switch has sold the most units for 22 consecutive months — beating a record previously set by the Xbox 360. NPD Games, a company focused on gaming industry data and insights, first reported the record-breaking sales figure.

The Switch has officially been the top-selling console since December 2018 (remember 2018?). That means it’s dethroned the Xbox 360’s record for the longest-running best-selling console; the 360 held its title for 21 months straight, from August 2011 to April 2013.

The Switch’s momentum has been fueled by the COVID-19 pandemic, with the console at times just as difficult to come by as hand sanitizer and cleaning supplies. That’s been incredible for Nintendo’s sales — the company saw a 541.3 percent increase in profits between April and June of this year.

It’s been a landmark year for Nintendo, which is really saying something, given the company’s already-impressive history. It’ll need to buck up with more exclusives to keep the streak going as both Sony and Microsoft release their own next-gen consoles.

A perfect storm — The vast majority of companies have been hit hard by the pandemic; the combination of stay-at-home orders and enormous unemployment rates has not been good for profits. Not for Nintendo, though — the gaming company laughed in the face of the virus and came out stronger than ever.

Switch sales had already seen a nice boost at the end of 2019 with the addition of the Switch Lite to the lineup. Then Animal Crossing: New Horizons was released on March 20 — just as the novel coronavirus took hold of the United States — and Switch sales skyrocketed. The game ended up selling more digital units in a single month than any other console game in history. Nintendo’s timing really couldn’t have been better.

Can they keep it up? — The Switch has undoubtedly been the console of 2020. Nintendo’s main competitors, Sony and Microsoft, have taken the year to refine and complete the rollouts of their own next-gen consoles, leaving Nintendo to dominate the charts.

But Nintendo’s reign could soon come to an end. Sony’s PlayStation 5 and Microsoft’s Xbox Series X are both launching just in time for the holiday season, and pre-orders for both have been selling out everywhere. With accessible pricing and truly impressive hardware, both consoles have a very good chance of overthrowing Nintendo’s long-held throne.

Nintendo is preparing for this likelihood by considering an upgraded 4K Switch next year. Whether or not the high-def version of the console will actually draw in new buyers remains to be seen, but it probably won’t do much.

Still: Nintendo is coasting high right now. This is an accomplishment to be proud of, even for a company that’s made history many times over.