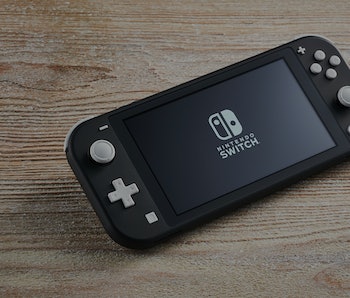 Nintendo has just announced an exciting new Switch title that puts game design in the hands of the masses. Game Builder Garage is all about learning to program simple video games from the bottom up, with cute mascots and tutorials aimed at beginners.

At the heart of Game Builder Garage is a visual programming language that uses cute mascots to teach game design. Each character — they’re called “Nodon,” apparently — can be assigned a game-programming property, like jumping or left-to-right movement. There are Button Nodons and Person Nodons and dozens of other Nodons too, apparently.

Much like its DIY predecessors, Game Builder Garage will make it easy to switch back and forth between programming and play-testing, making experimentation super easy. And — as if we weren’t already sold — the title is just half the price of a regular Switch game.

The latest in a great DIY lineup — Nintendo has been toying around with the DIY game-design space for a long time now. From WarioWare D.I.Y to the Super Mario Maker series, Nintendo always brings its whimsical aesthetic sensibility to these titles, making for fun titles that also have the distinct potential to be genuinely educational.

Game Builder Garage looks set to teach even more than past Nintendo DIY titles; about half the game is dedicated to actual lessons. Each tutorial takes players step-by-step through one of seven pre-built games. These lessons are definitely tailored to beginners, with early tutorials taking you through the most basic of basics like character movement. Players can skip around them and switch over to the game’s sandbox mode if they’re too impatient to sit through all the lessons.

Nintendo with the perfect timing — Summer is creeping nearer with each passing day, which means the youngest gamers will soon be bored at home without Zoom school to worry over. Mid-June is really the perfect time for Nintendo to release Game Builder Garage — it’s just educational enough that parents will actually want to buy it for their kids. At just $30, it’s also a much easier investment than going all-out for something like Nintendo’s Labo.

The game isn’t only educational, though; a fair amount of time spent in-game will be in that free play mode. Players can even send their creations via a unique code to Switch friends so they can play each others’ games and even see the process behind them.

Game Builder Garage is available for pre-order now and will release on June 11 for $29.99 in the U.S. With its mix of whimsy and education, it’s likely to be a hit amongst kids and older budding game designers alike.