Nintendo smashed its own profits record once again 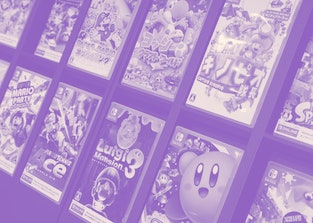 Nintendo is unwavering in its readiness for a few brand staples: Mario content, nostalgia, and record-breaking sales. The company has once again proven its ability to one-up itself (pun intended) with operating profits above and beyond its past records.

For the 2020 fiscal year, Nintendo reported profits of ¥679 billion, which amounts to about $6.2 billion. That’s $1.6 billion higher than Nintendo’s previous record of $4.6 billion in profits for 2018. Even given Nintendo’s penchant for profitability, those numbers are remarkable.

Indeed, Nintendo’s record-breaking year of sales will not be shocking for those who have followed along with Nintendo’s sales figures; the company sold 11.57 million Switch consoles during the fourth quarter of 2020 alone. Now the trick will be keeping those sales numbers up in the face of supply chain issues and steep next-gen competition.

Thanks, Switch — Nintendo’s current-gen console has been consistently popular since its release in 2017; pandemic stay-at-home orders only served to renew interest in the Switch, with titles like Animal Crossing: New Horizons fueling a Switch frenzy around the world. Nintendo has now sold nearly 85 million Switch consoles in total.

Newer Nintendo classics have helped keep the Switch dream alive, too, with hits like Mario Kart 8: Deluxe selling better than ever last year. By putting out thoughtful games with immense replay value, Nintendo is able to keep reaping the rewards of its four-year-old console.

The Switch is definitely Nintendo’s biggest money maker, but the company is also expanding its operations out of the virtual world and into the real one in 2021. Japan’s Super Nintendo World is finally open and sure to bring in some extra cash for the company.

But can the trend continue? — Nintendo faces an uphill battle when it comes to outperforming its performance last year, this year. For one thing, the Xbox Series X and PlayStation 5 consoles, both released in November 2020, are whittling away at the Switch’s supremacy. Nintendo’s no longer the only next-gen fish in the pond.

Supply chain issues are affecting every nook and cranny of the gaming industry too and Nintendo briefly warns investors in its latest report that semiconductor shortages, in particular, could hurt Switch availability throughout 2021.

Still, Nintendo has a pretty solid lineup of both remakes and originals planned for the year, and persistent rumors of a 4k-enabled Switch Pro show Nintendo might have some tricks up its sleeves yet.