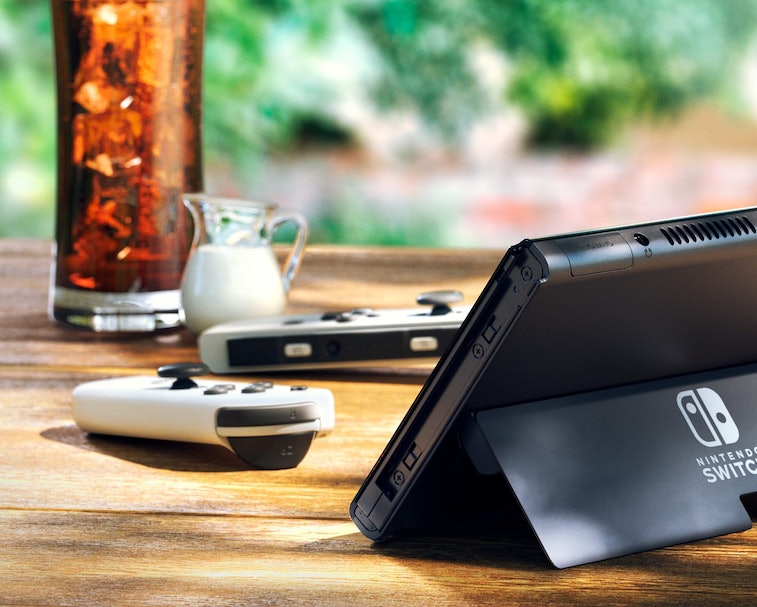 Nintendo’s manager of product marketing said on Twitter this week that gamers should stick with their existing Switch handhelds unless they want the new OLED Switch’s larger screen.

“Does it run any better?” a user tweeted at J.C. Rodrigo, to which he responded, “Nope. Not what’s for. Stick with the current one if you’re not digging the screen.” The Switch OLED was unveiled on Tuesday at a price of $350, or $50 more than the current Switch. It goes on sale on April 8.

A tough sell — The upgraded model will likely appeal to new customers who want a dockable Switch rather than the more affordable but handheld-only Switch Lite. But, if you already own a Switch, it might not make a lot of sense to buy the new model. Especially if you’re someone who primarily plays connected to a TV, the new console won’t offer any noticeable improvements in gameplay.

The comments reiterate what we already know, which is that the Switch OLED offers minor improvements over the original Switch released in 2017. Namely, it has that larger, 7-inch OLED panel that will make gameplay look somewhat better during handheld play. The console still boosts resolution to just 1080p when connected to a TV, just like the original Switch.

Internally, the only meaningful change is a doubling of the included storage from 32GB to 64GB, and the dock gains a LAN port.

No Switch Pro, for now — Many gamers were disappointed that Nintendo didn’t release the much-rumored Switch Pro, a console with a faster processor or 4K output to televisions. With the recent releases of new consoles from Microsoft and Sony, the Switch is starting to show its age. Though, that hasn’t stopped plenty of people from buying the console to access its iconic franchises like Zelda and Mario.

Nintendo may be hesitant to release a more powerful Switch Pro because it could mean having to re-release some of its Switch titles, introducing complexity and compatibility issues to the range... and for now, the Switch continues to sell well, so it doesn’t really need to.