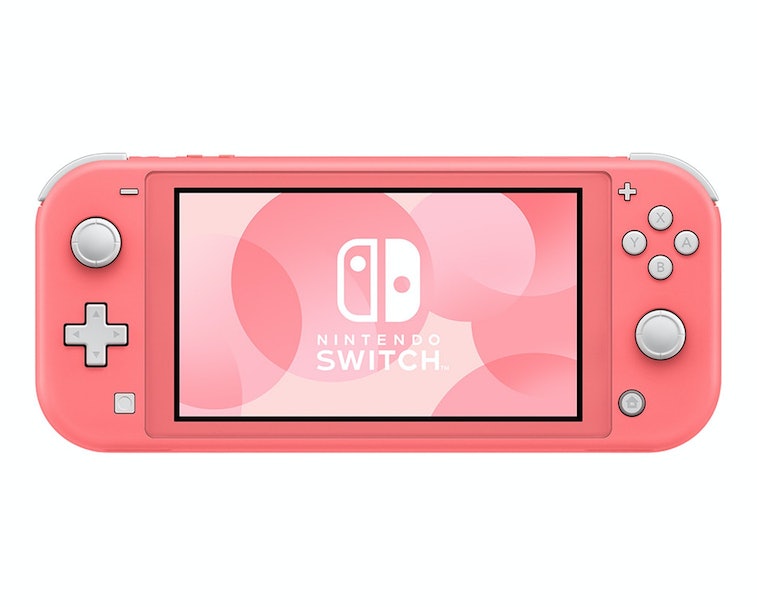 Collectors, mind your pockets: Nintendo just announced a coral pink Switch Lite to be released next month in Japan, with other regions to follow. The new color option joins the turquoise, gray, and yellow already available for the Switch Lite.

Coronavirus can’t stop Nintendo — Earlier this month, Nintendo announced that shipments of the Switch and related accessories to Japan would be delayed indefinitely due to the outbreak of COVID-19 (the novel coronavirus). At the time of that announcement, Nintendo had removed the option to pre-order the limited-edition Animal Crossing Switch.

But now that console has been re-opened for pre-orders in Japan, with the same shipping dates as the coral Switch Lite. It appears the coronavirus scare hasn’t affected Nintendo’s production as much as the company first expected.

It will come to the U.S. (yay!) — Initially, Nintendo didn't make any mention of the coral Switch Lite coming to the rest of the world. Per the announcement, pre-orders for Japan open on March 7, and the color will be available in the country on March 20. Switch Lite coral has since popped up on Nintendo's main site, too, though. For the U.S. and Canada, the cute new color will be available starting April 3.

Update: Nintendo shared details on non-Japan orders after publication. This post has been updated to include the new information on U.S. availability.