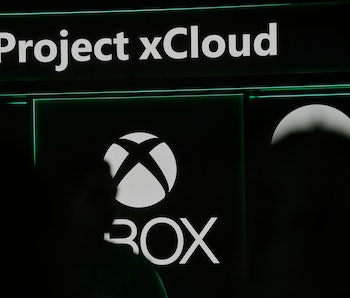 Microsoft's game streaming platform, xCloud, promises the ability to play console-quality games from just about anywhere. But it's thus far remained in beta, and you need an Android phone or tablet to try it. Now, The Verge has published new images purporting to show what the service looks like running in a web browser.

A public preview of the xCloud web version is expected sometime in the spring.

There's really not much to see in the leaked images. One screenshot shows a basic launcher with recommendations for games to play, while another shows what it looks like when a game is launching. xCloud allows gamers to access and play hundreds of Xbox games available through Game Pass Ultimate over the internet. Gamers can also stream games they own from their existing Xbox consoles.

All about iOS — Releasing a browser version of xCloud is really all about gaining access on iPhones and iPads. Neither xCloud nor Google's competing Stadia service is expected to receive an official iOS app thanks to onerous App Store requirements. Apple wants every individual game to receive its own App Store page and be submitted for review. It would also want each game to include the ability for players to subscribe to Game Pass Ultimate, in which case Apple could take a 30 percent cut of sales. The company has been under antitrust fire for its control over what apps can be downloaded on iPhones and iPads.

Stadia launched a browser version that has been found to perform fairly well on iOS in testing. Thanks to its existing library of first-party Xbox titles, however, Microsoft's Game Pass Ultimate subscription offers many more high-quality games than Stadia can. Soon it will be possible to play hundreds of AAA games directly from an iPad using an official Xbox controller — and for $15 per month at that.

Cloud potential — The Verge says Microsoft is currently using Xbox One S hardware for xCloud, meaning games won't perform at the same level as they might on the latest Xbox Series X. The company has indicated it will upgrade the backend hardware later this year. Weirdly the browser version of xCloud in testing apparently only works on Chromium-based browsers, which would exclude support for iOS. Presumably that will change shortly.

Cloud streaming has the potential to increase the size of the gaming industry by decoupling games from their expensive hardware, inviting in more consumers than otherwise might have started gaming. The streaming technology has improved tremendously in recent years as companies like Microsoft, Amazon, and Google optimize their server networks for low-latency delivery. The latter has struggled to find its footing with Stadia, however, due to a lack of games, and has indicated it might whitelabel its technology to major publishers like EA who could stream games off Stadia's servers but within their own apps.