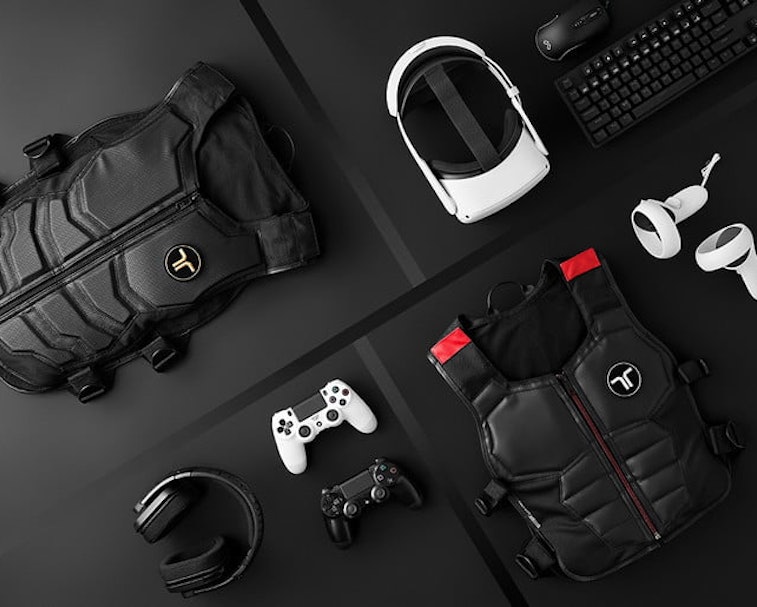 The realism of virtual reality has come a long way in recent years, particularly thanks to higher resolution screens and improvements in body movement tracking. But it's not yet perfect, and one thing that's still missing is any sort of physical feedback beyond rumbling controllers.

This week, at CES 2021 — which is being held digitally this year for obvious reasons — Korean company bHaptics introduced a wireless haptic vest that it believes could take VR the next step.

According to the company, the vest uses an "audio-to-haptic" software device that lets users "feel" feedback when listening to music, watching movies, or playing a game. We haven't been able to test it, so it's unclear how accurately the vibration maps to the action.

bHaptics says the TactSuit will ship starting February 8. If you want an even more immersive experience, it won't come cheap. The company is selling haptic face cushions for $149, arm sleeves for $249, and hand and feet devices for $250 each.

Immersion – Other companies have been experimenting with how to further immerse gamers into VR spaces. One such company, Cybershoes, attempts to overcome the boundaries of a player's physical space by offering shoes with trackballs on them. Once attached to a person's feet, they can walk around in games while remaining seated stationary in a chair.

VR headsets create a virtual boundary in a person's home to alert them when they're about to run into objects, and players with limited room space often have to resort to using joysticks for much in-game navigation. That breaks the illusion of being in a different world, however.

To date, VR has struggled to find mass adoption despite recent improvements, and Facebook's release of standalone Quest headsets that don't require tethering to a PC. That company continues to invest heavily in VR, to the chagrin of some, and CEO Mark Zuckerberg has a goal of someday getting a billion people using VR (or mixed reality) headsets regularly.

Products like TactSuit and Cybershoes may be a bit niche, but they could go some way to getting us closer to realizing the full potential of VR to create new types of gaming and social experiences.