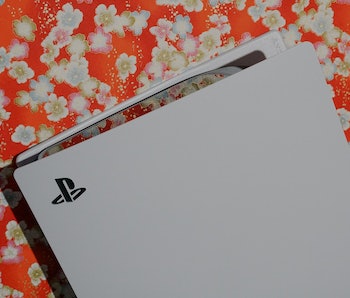 The PlayStation 5 is one of the most sought-after gifts of the holiday season — and one of the most difficult to find. The PS5 has already sold out at literally every retailer around the world, so unless you snagged one during one of the console’s pre-order sessions, it’s probably feeling a lot like the curvy white beast won’t be gracing your gaming den before the end of the year.

But there is hope: Sony has confirmed that retailers will be seeing more Playstation 5 inventory in the near future. The company tweeted an update this morning to soothe gamers’ souls… though it’s really more of a tease than anything else.

So there’s not really any update here except a reassurance that more consoles are on the way. Which is reassuring, to be sure! But it would also be nice if this next-gen console rollout weren’t so frustrating, and Sony could probably help that with some more details.

The PS5 is incredible… if you can find it — As Input Senior Reviews Editor Ray Wong loves to remind us, the PlayStation 5 is truly the perfect encapsulation of what a next-gen console is meant to be. It’s extravagant, ludicrously fast, and provides the most modern graphics experience ever created.

But the number of people who have been able to actually experience the PS5’s luxury is…not many at all. Sony says this has been the company’s “biggest console launch ever,” though it’s difficult to measure the validity of that statement without hard numbers.

Demand for the console is definitely very high, if complaints across social media are anything to go by.

Balancing greatness and availability — The PS5’s hardware is what gives it the edge over last generation’s PS4 and keeps it neck-and-neck with its contemporary, the Xbox Series X. That highly customized software is also what’s holding Sony back from producing these at breakneck speed to keep up with demand.

In the months leading up to the console’s launch, Sony dropped plenty of hints that PS5 production wouldn’t be able to keep up with demand. That prophecy has, unfortunately for consumers, become all too real.

Details, please! — The hope provided by Sony here is lovely but ultimately unhelpful. Just days ago Sony Entertainment CEO Jim Ryan was quoted saying “absolutely everything is sold” in reference to the company’s PS5 stock. Now the company is saying there will be more soon.

If there actually will be a general restock before the holidays, consumers are going to need a more detailed answer than “stay in touch with your local retailers.” Thus far, each new PS5 drop has sold out in literally seconds, thanks to bots snatching up stock for reselling at ridiculously high prices. And retailers are inundated enough with holiday sales as is — they don’t need customers calling every day asking after that hopeful restock.

So yes, there is still hope you’ll be able to purchase a PlayStation 5 by year’s end. We’re just not sure whether or not it’s a good chance.