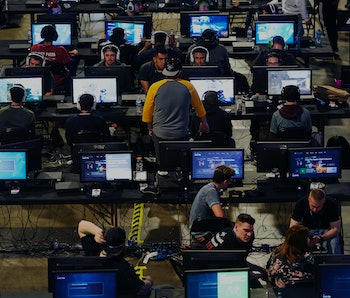 After months of back-and-forth (not to mention some nasty legal battles), Microsoft appears to be finally honing in on a solution to bring its xCloud and Game Pass streaming subscription service to iOS devices. As first revealed by Business Insider earlier this week, the tech giant will utilize a "direct browser-based solution" to bypass Apple's tortuous compromise offered last month. Unfortunately, people will have to wait a little while longer before Halo hypothetically comes to their iPads, though.

A promise to end up on iOS— Microsoft's gaming chief, Phil Spencer, reportedly explained the path forward during a recent in-house meeting. "We will absolutely end up on iOS," he promised, despite the company adamantly drawing a line in the sand on Apple's "solution" proposed in September.

Instead of allowing services like Microsoft's GamePass, Amazon's Luna, and Google's Stadia directly on Apple devices via a single app offering each company's catalogs, users would need to download games individually to their iPhones or iPads, presenting headaches for both developers and gamers. Microsoft is free to create an index-like app that links out to these individual game apps, but unsurprisingly, the company isn't interested in the slightest.

Still not as simple as it could be— The prospect of a browser-based portal to stream games (set to debut sometime in early 2021) would hypothetically provide a loophole, although it's hard to see how that could compare to the experience a dedicated app would provide.

Latency remains a key hindrance in streaming game services and adding more roadblocks will most likely only heighten those issues for consumers. For now, Apple seems to think its concession-but-not-really will give it some cover from recent antitrust scrutiny, but with Apple Arcade being, well, Apple Arcade, the company will need to give in more than it has so far to tackle any portion of the gaming market.

Being wealthier than most of the world's countries, however, gives Apple less incentive to mess with a good thing... hence the antitrust allegations.

Many people are pissed — Gaming fans and developers aren't the only people chiming in recently about Apple's cutthroat App Store policies. ProtonMail CEO, Andy Yen, said earlier this week that the fees amount to "Mafia extortion," which sounds right on the money.

But until Apple faces any kind of real legal pressure, even mega-corporations like Microsoft and Google (no strangers to antitrust violations themselves) will need to get creative when it comes to game streaming, which looks to occupy only a larger portion of the market in the coming years.