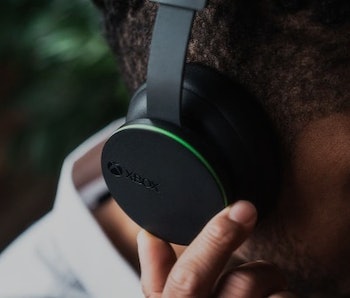 Microsoft is releasing a new $100 gaming headset called the Xbox Wireless Headset. The stylish headset features Xbox's signature green and black colorway, and will notably include spatial audio technology like that found in Apple's AirPods Pro and AirPods Max.

Sound, all around — Spatial audio can lend itself to more immersive gaming experiences because the technology creates a theater-like surround sound, making it feel as if sound is coming at you from every direction when in fact it's actually just coming through the left and right channels. Microsoft says the headset will support various spatial audio formats, including Windows Sonic, Dolby Atmos, and DTS Headphone: X.

Spatial audio performs quite well in Apple's AirPods Max thanks to "computational audio" that adjusts the direction sound is coming from as you move your head.

Microsoft claims that the Xbox Wireless Headset delivers high-quality audio with low-latency to an Xbox console using a wireless connection, ensuring there's no delay which could in turn mean hearing an enemy's footsteps after it's too late.

Solid spec list — So gamers can convey their disdain for the competition with perfect clarity, the Xbox Wireless Headset uses dual beam-forming microphones, along with voice isolation, to hone-in on speech and silence any background noise. Auto-mute is supposed to disable the microphone when you're not speaking so that ambient sound doesn't come through and distract other players. There's also a manual mute button, and you can fold the microphone up when you're not using it.

Because Microsoft is platform agnostic with its accessories, the headset will work across all major platforms, not just Xbox, thanks to its support for Bluetooth. Battery life is slated at 15 hours and the headset uses USB-C for charging. Overall, it looks fairly good for the price.

The Xbox Wireless Headset begins shipping on March 16. Pre-orders began on Tuesday but the headset is currently listed as sold-out. Presumably, Microsoft could let anyone pre-order and then receive it as soon as more are available, but that's just not how it does things.