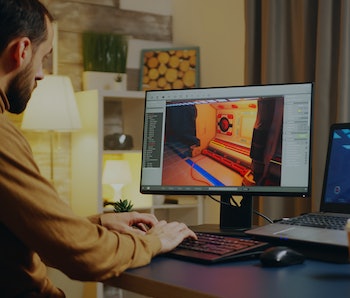 Microsoft isn’t only investing in cloud services for gamers — it’s setting its sights on courting developers ranging from those at AAA studios to the smallest indie developers. Earlier this week during the company’s Game Stack Live event, Microsoft revealed its new, upcoming cloud product, ID@Azure, aimed at providing the latter a “more diverse set of game creators the tools and services needed to find success in the gaming community,” according to CNET.

Microsoft hopes its newest cloud service program will encourage indie game development by providing creators the means to bring their titles to life “from their kitchen table.” Set to launch later this summer, ID@Azure’s official site states the service will offer “access to developer tools and support from industry experts in Azure cloud services and across Microsoft.”

Modeled on previous success stories — Instead of building ID@Azure from scratch, Microsoft opted to adapt its indie-specific service from ID@Xbox, which offers similar tools for indie game creators using their flagship console. ID@Azure, however, will allow studios and individual developers to build games essentially for any platform, be it PC, iOS, or console, while also utilizing engines like Unreal (a company that also recently offered some novel, albeit creepy, new gaming services).

Since its release in 2013, ID@Xbox has helped bring to life over 2000 titles across 60 countries while netting the company over $2 billion in the process, so it’s safe to assume Microsoft is hoping to see similar gains in the coming years with its newest Azure extension.

Making it easier than the competition — Sincere or not, it’s hard to see Microsoft’s pro-developer angle as anything other than a direct shot aimed towards Apple’s less-than-hospitable environment for third-party companies. As the Epic / Apple feud chugs along (to most people’s annoyance), Microsoft’s fleet of Azure services offers a much more streamlined venue for developers, especially those with smaller companies.

Apple appears unperturbed — Apart from its court battles with Epic, Apple appears to be perfectly happy to let the video gaming market go to its competitors while focusing on its hardware products. But even then, it’s difficult to see the logic in courting any new creative consumers when Apple’s new iMacs (while colorful) don’t include a single SD card slot. That said, there is Apple Arcade, but it doesn’t enjoy the same sort of fanfare as rival services, despite Apple offering a year of it free with new hardware purchases.

In any case, while ID@Azure doesn’t have a firm release date yet beyond “summer 2021,” those interested in becoming a “founding member” can sign up for its email update list now.