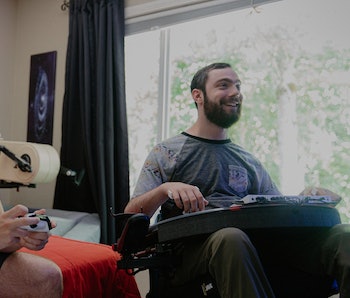 Microsoft wants to be more inclusive and mindful of gamers with disabilities. Earlier this week, Xbox's senior program manager for gaming accessibility, Brannon Zahand, detailed how Xbox will ask for direct feedback from gamers with disabilities, which can help developers make their games more accessible for all sorts of players.

Given that almost 46 million gamers in the United States have some sort of disability, Zahand says Microsoft has an obligation to make its products more inclusive and accessible. To work toward that, Microsoft's team behind gaming accessibility created the Xbox Accessibility Guidelines (XAGs) originally in 2019. The latest edition of XAGs can be read here, which is Xbox's comprehensive effort to understand the various barriers and limitations gamers with disabilities face during video gaming. This insight is shared with developers whose job is to ensure these issues are fully understood and, hopefully, resolved.

Plans for 2021 and beyond — For starters, Zahand explained that language accessibility will be improved over time to create more user-friendly environments, meaning that the goal and objective of a game will be made abundantly clear to the gamer. Developers will be required to clarify their language where needed and express their project's vision in words that are easy to follow.

If gamers spot issues and find it difficult to play on an equal level with others, they can report the problem directly to Xbox. This input will be noted with "reproduction steps, screenshots, and other information to help the developer understand what aspect of a given experience may be challenging for certain gamers with disabilities."

"Developers now have the option to send Microsoft their Xbox or PC title and have it analyzed and validated against the recommendations provided in the XAGs," Zahand explained. With these efforts, Zahand wrote, developers will get access to "inclusive design documentation, nonprofits and industry-recognized subject matter experts, platform-specific technical documentation, and more."

It's good to see a key industry player like Xbox take accessibility efforts so seriously and directly from the very people who are most exposed to being neglected by the gaming industry. It's not the first time either; Xbox has focused on addressing epilepsy concerns in the past and presenting options like the Xbox Adaptive Controller for gamers with limited mobility.

By seeking the personal feedback of gamers with disabilities, Xbox is letting its peers know that it is more than possible to create immersive video gaming and keep all communities of gamers, whatever their level of ability, in mind. After all, gaming should be for everyone.