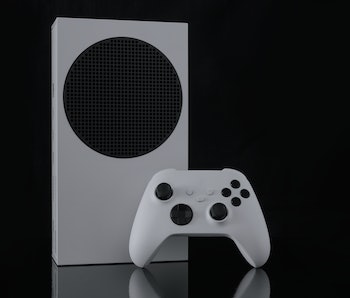 When Microsoft introduced its Xbox Game Pass subscription service, it immediately drew comparisons to Netflix. For just $14.99 per month, players get access to more than 100 AAA games, with more from the likes of Bethesda being added to the catalog regularly. That’s an incredible value considering that games have historically come at a price of $60 apiece. But it can seem difficult to understand how the gaming industry makes money from this proposition.

That’s because Game Pass doesn’t include the full breadth of games available for Xbox. It may introduce players to less popular titles they wouldn’t have spent $60 on in the first place. And then they might end up buying some in-game content or expansion packs for that title. In that sense, Game Pass is additive to the existing model of buying games individually.

"When you subscribe to a channel that enables you to watch a video, like Netflix, that's kind of the end of the monetization cycle that you have with that piece of content," she said. "In gaming it's the opposite: there are items that you can buy in the game, there are extensions you can buy, there's a next franchise you can purchase, there are other genres that you can leap to." A developer, for instance, might put their older titles on Game Pass but save new ones for individual purchase.

Microsoft yesterday confirmed reports that it is rebranding Xbox Live to Xbox network. The branding refers to the Xbox online service and not Xbox Live Gold, its subscription that offers access to multiplayer gaming and other benefits. Game Pass subscribers receive Xbox Live Gold for free.

Expanding market — In the interview, Bond went on to say that Game Pass combined with the company’s nascent xCloud gaming service can making game accessible to many more people overall, who otherwise might have not purchased a console. Many more people own smartphones and tablets than gaming consoles, and xCloud makes Xbox games playable from those devices with nothing but an internet connection.

"There are 200 million people who buy a console, and there are 3 billion people who play games," Bond said. "Today, a lot of those people don't have the option to play many of these amazing experiences and iconic games that you see. When you really look at what we're doing with Game Pass is we're making that possible by linking that to subscription, and putting our streaming into subscription. We're able to make the economics of all that work."

In the event that Game Pass becomes the dominant way of play, developers may earn less per gamer, but by expanding the size of the overall market by such a potentially huge amount, the industry stands to make more money than it ever has before. That’s the hope at least.

Xbox Game Pass has 18 million subscribers as of January 2021, and Microsoft recently closed its $7.5 billion acquisition of ZeniMax/Bethesda, bringing with it a roster of new games that will be available Game Pass.