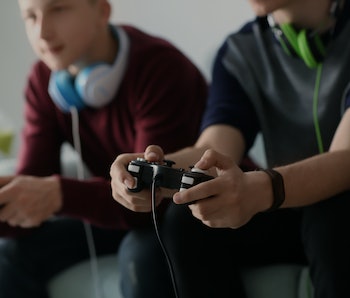 This year has been a tough one all around, but there is some positive news to wrap up 2020. The three big gaming giants — Microsoft, Sony, and Nintendo — announced today that they have joined forces on a new shared commitment to make gaming online safer. The group released a set of principles that it hopes will make players of all types feel welcome.

Three prongs — The principles outlined today are fairly broad, and fall under three categories: prevention, partnership, and responsibility. In short, the group wants to educate players on appropriate behavior and the tools they can use to control their experience online. The companies also commit to working with outside organizations to develop new online safety initiatives and help players who have been reported for misconduct better understand where they need to modify their behavior to prevent getting banned.

A tent for everyone — Games are one of the last bastions of innocence that offer to bring people together rather than divide them. But online gaming is a notoriously fraught space for groups that are frequently discriminated against in the physical world, like women and people of color. With gamers of all maturity levels converging in online environments, it's a not infrequent occurrence to hear someone throw out a racial slur after they lose a match to someone else.

That type of behavior only fosters more of it and can alienate people from experiencing the entertainment and joy that gaming can otherwise offer. The Gamergate harassment controversy of 2014 is emblematic of a historical lack of diversity in gaming, as widespread misogyny clashed against a rise of women in the gaming community who weren't willing to tolerate toxic behavior.

It's been well documented that gaming has benefits beyond entertainment — research has shown that gaming is a gateway to careers in STEM (science, technology, engineering, and math). Teenage girls between the ages of 13 and 14 who identify as "heavy gamers" are three times more likely to enter those field.

Interestingly, Google, which is pushing into gaming with its cloud gaming service Stadia, is nowhere to be seen in this partnership.

TBD — Some may be skeptical of today's announcement as it is light on specifics, and no hard metrics were provided against which success can be gauged. It's impossible to know in which direction the situation is going without data. But as a first step, it's great to see the major names in gaming coming together to work towards a better future for their industry.