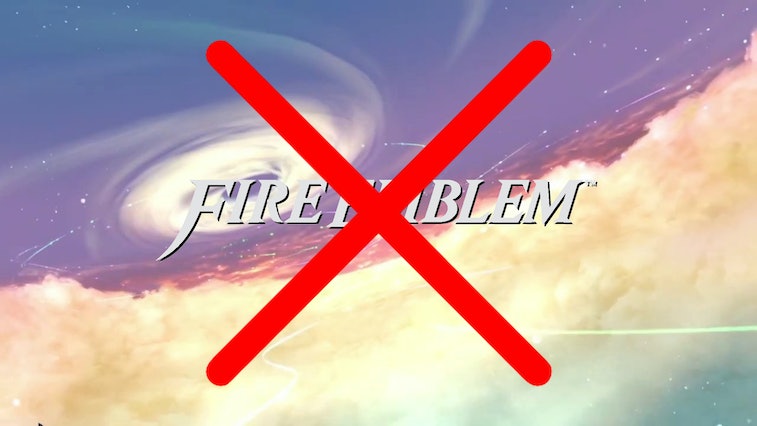 Super Smash Bros. Ultimate has managed, in the years since its release, to keep our attention with an increasingly enormous roster of playable characters, assist trophies, and battle stages. Nintendo released downloadable characters with reckless abandon through 2019 and 2020 — and every new character is polarizing in some unique way.

There’s some good news today for those Super Smash players who find themselves absolutely exhausted by the number of sword-wielding characters in the game. A fan going by the name of Akrenix has created a mod that completely removes all mention of Fire Emblem characters in the game. Arkenix uploaded the mod to popular forum GameBanana with the apt name “No More Fire Emblem!”

To the uninitiated, this mod might not seem like it would change much about Super Smash Bros.’ overall gameplay. Here’s the thing: eight out of the total 87 available playable characters in Super Smash Bros. Ultimate are from the Fire Emblem series. That’s a significant reduction in sword-slashing figures.

Wait why are there so many of them — Okay, to be completely honest, we had no idea nearly 10 percent of the Super Smash Bros. Ultimate roster was comprised of Fire Emblem characters. We knew there were a lot of them, but eight? How did that happen? The previous entry in the series, the Wii’s Super Smash Bros. Brawl, included just two, Ike and Marth.

The public isn’t really provided with any insight into how, exactly, the Super Smash Bros. developers choose which of Nintendo’s many characters to add to the game next. Actually, it seems like even the series’ director, Masahiro Sakurai, doesn’t have much say in the process. After the eighth Fire Emblem character was added last year, Sakurai did admit there are too many included from the series — and also said he lets his team make those decisions overall.

Maybe don’t try this at home — No More Fire Emblem! solves one of series fans’ biggest complaints — but you might want to consider how much you value your Switch’s life before starting the modding process. As with all Switch mods, there’s a high risk of bricking your console while sidestepping Nintendo’s failsafes. If you do succeed, there’s still a chance you’ll be banned from online play.

Thank you, Akrenix, for doing what the rest of us have only dreamed of. Perhaps by the next entry in the series Nintendo will have learned its lesson and cut down on Fire Emblem in favor of more interesting playable characters.