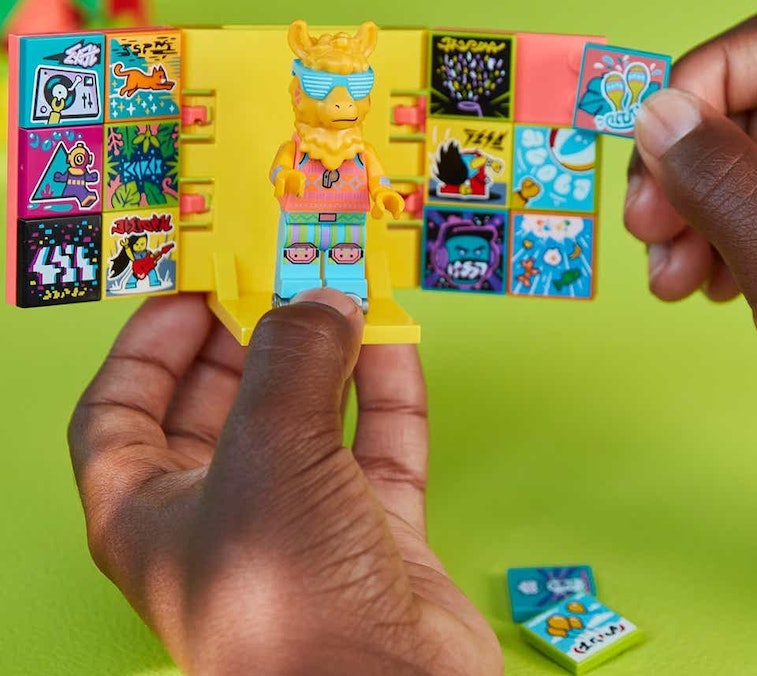 Lego has decided to jump on the TikTok hype train by making a kid-friendly clone called Vidiyo. Because while that social network is mostly full of innocent dance routines, there are still some less savory corners of TikTok that parents might not want their children to find (even with the company adding parental controls).

Collect em all — Instead of exposing them to the online world, Lego Vidiyo places children behind the scenes, directing minifigures in dance videos that can be shared with the app's community. Using augmented reality, physical minifigures and accessories are brought into Vidiyo where they come alive and dance to a variety of PG-friendly songs. The whole thing feels very, "how do you do, fellow kids?" but maybe actual children will enjoy Vidiyo.

Starting in March, Lego will begin selling $20 "BeatBoxes," small plastic boxes that include a minifigure "Bandmate" representing a genre of music, as well as a "scanning stage" which a smartphone camera uses to bring the toys into the app. The box will also include 16 themed tiles called BeatBits that each represent a special effect, dance move, or filter. Separate blind bags will be available for $5 that include more Bandmates that can't be found in the BeatBoxes. You won't know which one is inside until you buy one. Some parents might not appreciate that if their children are looking for a specific Bandmate.

Ease of use — On the app side of Vidiyo, you begin to create your own music video by first choosing from thirty songs available at launch. Lego says it signed a deal with Universal Music Group to provide tracks from popular artists including Taylor Swift and The Weeknd, and more songs are on the way.

Once a track is selected, you scan your selected Bandmate and at least three BitBit tiles, which should all be placed on the scanning stage. Once that's done, a video starts recording as the scanned minifigures come alive on-screen and dance to the music.

As it's being recorded, you can tap your different BeatBits directly from the screen (so your hands don't get in the shot) to trigger different special effects and filters. It's like you're a stage manager choreographing the whole thing.

There are no editing features within the app — Vidiyo is aimed at children ages 7-10 years old, so it understandably needs to be simple. But the use of BeatBits could introduce fundamental programming concepts to children; before they begin to film a video, they'll need to figure out what pieces they need on their stage to create their ideal dance routine.

Privacy — Because finished videos can be shared to the Vidiyo community, Lego is taking privacy very seriously. It says it will moderate every clip before it is published, ensuring they are free of identifying information. The app is also full of warnings designed to keep kids from getting hurt while they film videos.

This isn't the first time that Lego has tried to bridge the physical and digital worlds to get the best of tactile play and digital interaction. In Lego Super Mario, minifigures with built-in displays react to environments that players create, racking up coins as they move their Mario character along a custom level. Augmented reality has the potential to help keep Lego fresh and modern as kids spend more time playing on smartphones and tablets.