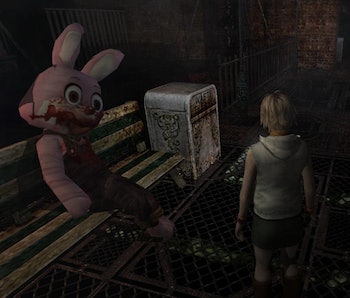 The possibility of a Silent Hill reboot is something of a white whale for gamers. The classic horror series hasn’t released an entry since 2012’s Silent Hill: Downpour, which received mixed reviews from long-time fans of the series. An interactive teaser for a new game called Silent Hills came out in 2014 — but that entry was canceled for various reasons, not the least of which was Hideo Kojima’s departure from Konami, the game’s developer.

Konami still owns Silent Hill as a franchise, but now the company is linking up with an indie developer that might just be perfect for finally bringing the series back to life. Bloober Team, the company behind last year’s inventive The Medium, announced via its investor relations hub today a new “strategic partnership” between itself and Konami.

The announcement was made pretty quietly, all told, without the kind of fanfare you might expect from a big partnership like this; neither company has posted publicly about it beyond this investor center post, which amounts to about four paragraphs total.

Bloober has lots of experience with the horror genre and is well-versed in the modern gaming landscape. Could this be just the partnership we need to make next-gen Silent Hills reality?

Genuine excitement — Konami is pretty legendary in the gaming industry, so Bloober is understandably pumped up about the new partnership.

“It’s a historic day for me and the culmination of several years of work,” says Bloober president Piotr Babieno. he fact that such a renowned company as KONAMI has decided to strategically cooperate with the Bloober Team means that we also joined the world leaders in gaming and became an equal partner for the leading players in this market.”

Konami’s president seems pleased with the arrangement as well. “In the digital entertainment industry, significant changes in the business environment are expected in the future,” Konami president Hideki Hayakawa says. “We look forward to combining Bloober Team’s and our respective characteristics and strengths to create high-quality contents.”

Silent Hill incoming? — Neither Konami nor Bloober have spilled any tea on what titles we can expect to be created by the partnership, which promises “jointly developing selected contents.” Silent Hill could definitely be one of those “contents,” given Bloober’s propensity toward the horror genre — but that’s purely speculation.

Konami’s press statement — also notably brief — gives no further details. “We will announce information about contents from the business alliance once details are decided,” the company states.

If Bloober does end up in charge of Silent Hill, it’ll likely be at least a few years before such a high-budget game makes its way to our consoles. After waiting eight years, though, surely fans can wait a little longer.