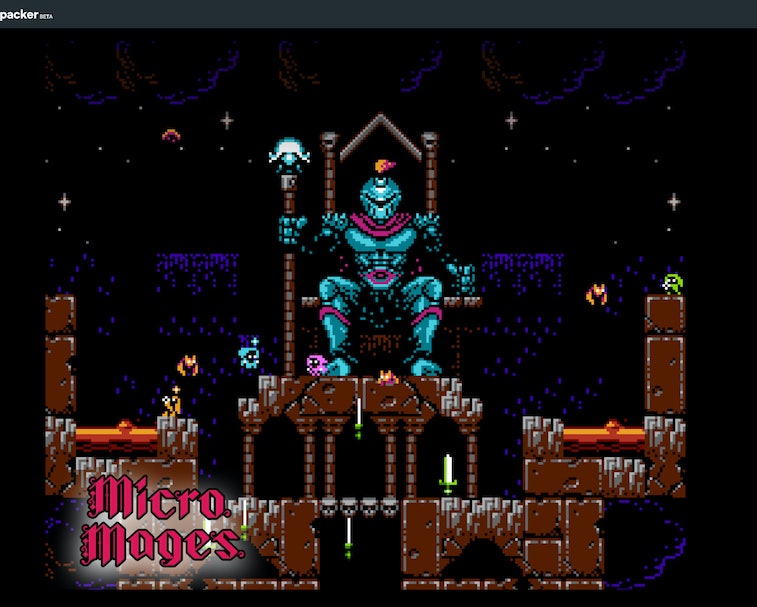 There’s a wide world of retro gaming platforms and consoles out there, but a new one by way of team in France might be one of the most expansive and fun yet (not to mention largely free). Allow us to introduce “Piepacker,” the retro gaming platform the Kickstarter for which launched earlier this week, and which is already well on its way to a wide release later this year.

Touting an initial built-in catalog of over 60 licensed titles from systems like the NES, Genesis, and PlayStation 1, Piepacker is set to provide an in-browser multiplayer gaming experience that also includes video chat and AR 3D masks. And that’s not even counting the opportunities players will get if they throw in some cash for Piepacker’s physical console adapter, the PieReader (but more on that later).

Well on its way to reality — At the time of writing, Piepacker’s Kickstarter is already well past its upper-most $110,000 goal (its base was $75,000) which promises Premium members the ability to directly import their own Game Boy and Game Boy Advance ROMS into the Piepacker interface. “Digital delivery” of backers’ early access to Piepacker’s online platform is set to roll out in the next couple of months, with the PieReader set to ship sometime in October of this year.

An expansive, legally licensed catalog — Among Piepacker’s many impressive selling points the range of titles reportedly available at launch. Over 60 games including Earthworm Jim 2, MicroMages, Sensible Soccer, Twin Dragons, and more will be available for free, online multiplayer play, with more promised to come in the future. Each game is officially licensed by the original developers, and there will even be original indie titles consistently added to Piepacker’s library, the first of which, Arsene Lupin: Gentleman Bomber, is scheduled to become available to all backers “as soon as the campaign ends.”

An actual console to further expand gameplay — Backers ponying up at least $100 can reserve the Piepacker’s proprietary external hardware console, PieReader. There are a number of backing tiers to choose from, but the base PieReader option will include the choice of one of three retro cartridge adapters (NES, SNES, or Genesis/Mega Drive). Honestly, we keep eyeing the $290 “All Inclusive” tier, which comes with a really nifty-looking glass dome top for your PieReader, along with each of the available cartridge adapters (among many other perks).

There’s a lot else to unpack with Piepacker (no pun intended), but suffice to say, it looks like fans of retro gaming could be looking at the next major service for their old-school fixes, especially when it comes to enjoying all that nostalgic goodness with their friends.