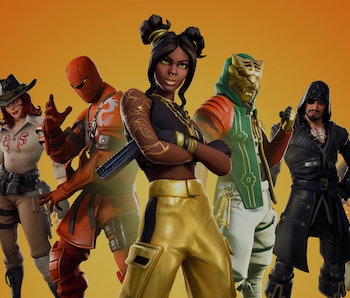 Researchers from Night Lion Security have released a report detailing how hackers are getting rich off a billion-dollar black market for stolen gaming accounts. Fortnite, Roblox, Minecraft, and Runescape are among the most popular games for stolen accounts, which are fueling the rise of hacker millionaires. Thousands of Fortnite accounts, in particular, are sold on a daily basis. Night Lion’s CEO Vinny Troia told Bloomberg the average account costs $200 to $250, but prices can go into the thousands for those with coveted avatar skins.

Expensive proxy services can evade Epic’s efforts, with DonJuji reportedly paying $10,000 per month on various services. In this black market, much like the regular one, it takes money to make money. Leading Fortnite account checker Axenta starts its monthly subscriptions at $15, but upper-echelon sellers can fork over $2,000 for its referral-based Evo plan.

The program makes sure characters and lucrative skins are attached to the accounts — which only comprise 10 to 15 percent of Epic Games logins. That might not sound like much, but with 350 million players across the globe, there’s no shortage of Fortnite accounts to be sold in batches on platforms like messaging services Discord or Telegram. Each batch can sell for $10,000 to $50,000, and sellers average $25,000 in sales per week, which means they're easily breaking a million in a year.

Buying shortcuts — “[Cybercriminals] can’t keep up with demand for certain accounts,” Troia told Bloomberg. “They resell it to people wanting to play the game with that account. Maybe somebody just doesn’t want to spend 100 hours of effort to get there.”

Fortnite, Roblox, Minecraft, and Runescape logins account for an estimated $700 million in black market sales, and other games bring the total up to about $1 billion a year. Night Lion’s report, along with a list of sites selling these accounts, was shared with the FBI. How much interest the agency will have in pursuing the perpetrators, though, is anybody's guess.