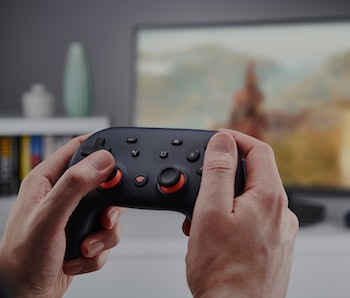 Hey there, Stadia fans — it’s been a while since we last discussed the state of Google’s cloud gaming platform, the kind of silence one might assume falls into the category of no news is good news. Apparently that’s not the case at all. Google is now considering all but shutting the service down to instead focus on creating partnerships with companies like Peloton and Bungie.

The entire Stadia brand has been “demoted,” according to a report from Insider. This essentially means Stadia is no longer a priority for Google; Stadia head Phil Harrison won’t even report to Google’s head of devices and services now. He’ll report Google’s VP of subscription services instead.

We can tiptoe around the facts as much as we’d like, but this spells the end of Stadia as we know it. Google is rushing to find a method by which to salvage the underlying technology its spent many millions on — but Stadia is, indeed, on its death bed. It’s only a matter of time before it hits the Google Graveyard.

Goodbye, Stadia — The platform known as Stadia is, according to Insider’s insiders, dissolving for good. In its place, the ex-Stadia team will work to create partnerships with more successful names like Capcom, Bungie, and Peloton. Those brands, it hopes, will utilize Google’s cloud gaming technology to bring new titles to their own platforms.

Peloton, in particular, has already made some sort of deal with Google. The company’s first game, a rhythm-based workout adventure called Lanebreak, entered beta testing last summer, supported by the technology behind Stadia.

That technology, which Google is now calling “Google Stream,” is now the only remnant of the would-be AAA gaming platform once known as Stadia. Some companies are eyeing Google Stream as an underlying platform they’ll be able to build their own products on top of; others hope to use Stream to create web-based game demos.

A long time coming — Those following the rise and fall of Google’s first gaming product won’t be all that surprised by the news. Employees have been open about Stadia’s internal failures from its very first days; about a year after its release, Stadia was still getting pretty mediocre reviews from all angles.

During that first year, Stadia struggled to produce any first-party titles, and, by the end of January 2021, the company had shuttered Stadia’s in-house game development team completely.

Despite its flaws, Google’s push for cloud gaming has made waves in the gaming industry. Other big names, like Xbox, Nvidia, and Amazon, have worked to develop their own cloud gaming experiences since.

Google hasn’t exactly acknowledged these reports yet, though it has taken the time to subtweet about it. A fitting goodbye, we say.