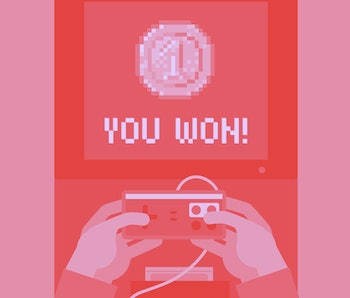 A cursory glance at opinions online tells us that most people don’t feel so excited about gaming subscription services in general. The whole idea of digital ownership is an abstract and rather tedious one to many gamers (and just about everyone else). So it’s no surprise that people are mainly ambivalent about the affair.

It’s the same kind of sentiment that came up after the Game Developers Conference released its eighth annual survey of at least 4,000 gaming industry professionals.

Torn on the issue — According to the survey, 27 percent of game makers claim that subscription services will hurt individual games. In contrast, 26 percent said that they won't.

An additional 28 percent remained on the fence and said "maybe." Plus, 18 percent selected "not sure" indicating that they would be open to see how these services shape the gaming industry.

There were upticks in certain sentiments — For example, there’s a bit more support for labor unionization within the industry and more people actually think virtual reality is going to be big in the future — but when it comes to gaming subscription services, game makers remain conflicted as ever about whether it boosts the value of games or simply tanks it.

Those in favor — One respondent claimed "[free-to-play] strategy" had driven the gaming market to "a crappy one, full of clickbaity small experiences.” A “fixed price for a huge list of free games” they said could prioritize quality over quantity. Not a bad argument.

Those against — Still, naysayers had some compelling points against the idea. Mainly, paying for a game doesn’t necessarily mean that the creators will see that revenue. One respondent noted, “Unless the lion’s share of revenue from a subscription service goes to the game creators, it’s untenable in the long term." They added that even if the subscription model worked, more powerful studios could overshadow indie ones through "blockbuster-style hype," thereby attracting more interest — and cash — their way.

Even still, others said that purchase models could change in the future, meaning that hedging all bets and opinions on paid services would be shortsighted. Creators should pick a model most appropriate for their games. All in all, the entire survey is an insightful snapshot of how gamers, both makers and players, feel about the future.