“These people are outsiders here, they’re not important... They’re just trying to buy their relevance, because they have no actual influence over the future of our industry.” 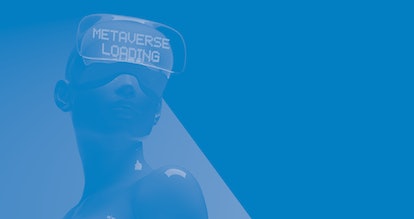 Over the weekend, Mark Venturelli, a game developer and designer, became the focal point of Brazil’s International Games (BIG) festival after delivering a scathing critique of the continued implementation of NFTs and other web3 technologies into the broader gaming ecosystem.

Venturelli, who is perhaps best known for his work on 2015’s Chroma Squad, was originally slated to present a talk under the title “The Future of Game Design,” but the contents of his presentation took a quick detour, ultimately being re-dubbed “Why NFTs Are a Nightmare” within the first five slides.

Among the sponsors of the festival were Ripio, a Bitcoin-focused payment processing service for businesses in Latin America, and Animus, a gaming consultancy firm with a dedicated blockchain gaming arm. In addition to these two sponsors, there were also numerous panels dedicated to discussions based on “web3 and the new generation of games.”

Rique Sampaio, a Brazilian journalist, was the first to draw attention to Venturelli’s audible after his thread of tweets documenting the situation, caught some traction.

Going Rogue? — It is true that the web3 and other crypto-adjacent companies that were present at the festival were unaware of what Venturelli was going to do. In a follow-up interview with PC Gamer, after the weekend’s festivities, he admitted as such, citing that “the sponsors got really mad... They tried to break into the talk while I was talking, but the organization [BIG] would not let them.”

At the same time, Venturelli did give the festival’s organizers a heads up before he switched up the script with his presentation, something he delivered remotely after testing positive for COVID-19. Despite having some kind of financial stake in appeasing their sponsors however, the BIG organization was okay with Venturelli’s plan.

For anyone interested, the entire presentation is now available to watch on YouTube (although it is in Portuguese) and an English translation of the slides used in the talk can be accessed here.

Here are some of the points Venturelli touched on: The economic costs of mining crypto and minting NFTs, the similarities of NFT projects to pyramid schemes, as well as the inherent flaw within the philosophy of Bitcoin’s creation.

"I don't feel like I have hurt BIG by talking shit about NFTs," Venturelli reflected, "because BIG does not need these guys. It's the other way around."