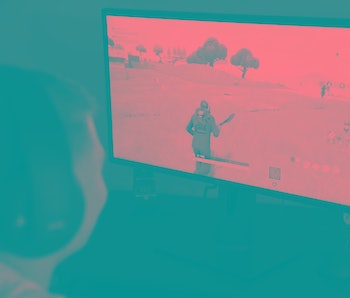 Epic has added a new game mode to Fortnite that is an almost exact copy of the popular title Among Us. Gamers have taken to social media to point out how Fortnite’s new “Imposter” mode seems to replicate the popular indie game down to even its map design and mechanics.

It’s not unheard of when common game formats are copied across titles — a mode like Fortnite’s Battle Royale in which everyone fends for themselves is nothing new, and many games offer such a game style — but Imposter mode goes a step further.

Direct rip — For the uninitiated, Fortnite is an online multiplayer game with several different modes including Battle Royale, in which players fight to be the last person standing, and Save the World, a cooperative mode in which up to four players fight off creatures and defend their tower.

In Among Us, players on a spaceship take the role as a crewmate or imposter, the latter of whom tries to sabotage the ship and the mission. The goal of the crewmates is to figure out who the imposter is and boot them from the ship before it’s too late. Fortnite’s new Imposter mode is the same idea, down to very specific details like the way players can call for a discussion at any time and share information that may lead to ejection of a suspect. The only real difference is that it takes place on a submarine rather than a spaceship. And players don’t eject the suspected imposter, as in Among Us, but teleport them away.

Imposter mode is so close in detail to Among Us, that players have noted that even the map layout is nearly identical — the security cameras are in the same place, for instance.

Among Us surged in popularity during the pandemic, as the game, which is free to play on some platforms, proved a fun way to keep people connected and give them something to do while isolated at home.

The game is developed by Innersloth, an independent game studio, which makes it somewhat ironic that Fortnite is developed by Epic Games, a company that’s currently in a legal battle with Apple over claims the tech giant unfairly uses its App Store monopoly to bully small developers.

Clearly, Epic Games sees a strategy for Fortnite in creating a metaverse, or a universe of games within the Fortnite style. But maybe it could have done a little more work to make Imposter a differentiated experience.