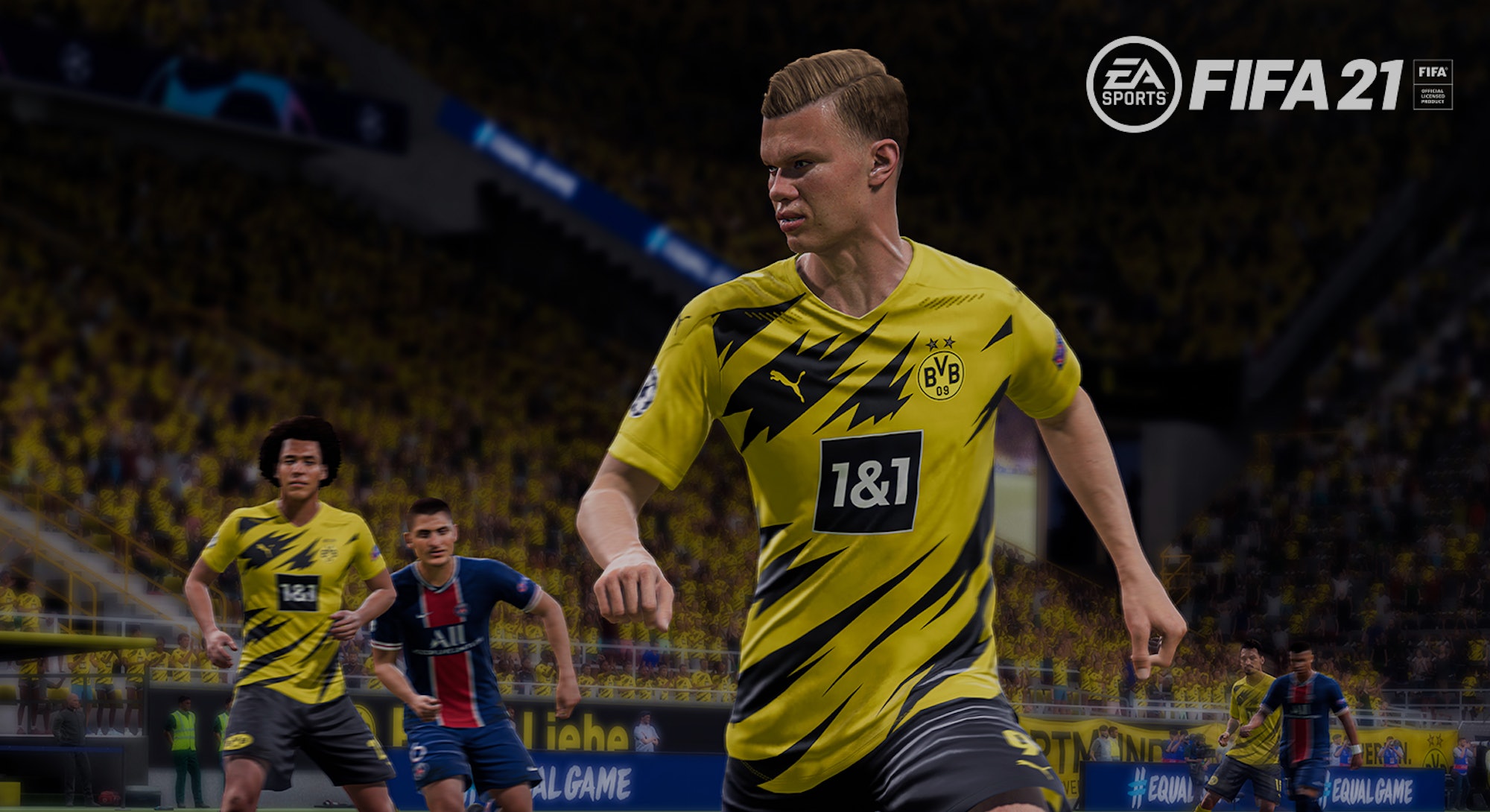 "Absolutely. I'm [not] delusional enough to think that there wasn't any concern."

That's what Aaron McHardy, the senior producer of FIFA at EA Sports, said about whether he was ever worried about having the latest version of the game ready to ship this year amid a global pandemic. With FIFA 21 — which launches for everyone October 9 on PlayStation 4, Xbox One, Nintendo Switch, and PC — EA Sports had to push its typical release date window from September to October due to an outbreak that has affected industries across the board — all the way from travel and fashion to professional sports leagues.

For businesses like EA's, which rely on protecting intellectual property and having groups of developers in the same room brainstorming and problem-solving in real-time, COVID-19 presented a set of challenges unlike anything before. And, at a time when millions of people around the world are staying home more than ever to prevent the spread of the virus, suddenly video games have become an even bigger source of entertainment and joy for many. As such, the Canadian developer knew how important it was to find a way to bring FIFA 21 to life, despite the logistical nightmare that it could create along the way. That's a task that, McHardy says, simply wasn't easy.

"I don't think anybody really thought there was ever a threat of us not shipping a FIFA this year, or having to do something as far as January," he told Input in an interview. "But there were definitely concerns." One of the main ones, McHardy said, came the day EA Sports' had to temporarily close its offices and his team had to figure out how they were going to develop the game from home using "new technologies and tools" that typically wouldn't leave the studio.

On top of that, as pro football (AKA soccer) leagues around the world came to a halt, the publisher had to wait to see if play would resume and how squads shaped their rosters for the 2020-2021 season, as well as monitor the health of players — this is key for the development of FIFA 21 game modes like Career Mode and Ultimate Team, which rely on real-world data and sometimes require athletes to come to the studio for motion capture sessions. "It didn't look like it all added up to be able to put out the game in the timeframe that we did," McHardy said. "But we spent the better part of half a year figuring out a lot of those challenges and a lot of of those roadblocks, and figuring out how to still be as effective working from home."

“There were a lot of hurdles to overcome.”

While it was vital to not delay the title by months, McHardy said it was equally imperative to not sacrifice quality and, most importantly, the sanity and mental health of people working on FIFA 21 for the sake of rushing it to market. "It's a lot of pressure for everybody to meet those deadlines," he said. "There were a lot of hurdles to overcome, but in the end, we're quite happy with the product we built in the game and that we're bringing to our fans. Through the whole process, the conversation was, 'How do we put all of the focus that we can to make sure that we keep the quality and the expectations of our fans and what they've become accustomed to.'"

Of course, with Konami announcing that it would only release an update to its game from last year for the upcoming soccer season, rather than a standalone Pro Evolution Soccer game, EA Sports virtually has no competition for FIFA 21. And you could make the argument that it's been that way for years, since Konami has spent limited resources on its own football title and the FIFA franchise tends to have the licenses for every major team and competition, including the UEFA Champions League that used to be a PES exclusive. Still, McHardy says EA Sports isn't resting on its laurels, since FIFA players are passionate and they always expect the absolute best version of the game, with gameplay improvements and new modes coming year in and year out.

"We like having the competition in the market," he said. "It's an easy way to find motivation, but I don't think it's the main way that we've found motivation over the last number of years."

“We're focused on ... really trying to take a leap forward in the visual experience.”

McHardy added that, in the early days of FIFA, the goal was to make the game better than Konami's PES, but eventually EA Sports shifted that mentality to focus on what it could do better regardless of what its rival was doing. "We needed to find a motivation to keep our foot on the gas pedal and keep innovation coming year after year, and transform our culture to do that without needing the competition to push us," he said. "Key pieces to that are our love and passion for the sport and the game, but also hearing the feedback from our fans, both positive and critical to make sure that we can address as much of it as possible."

In FIFA 21, that focus is to improve legacy modes like Career and new ones such as Volta, which this year is adding celebrities and fashion elements to make the game's street soccer more fun, thrilling, and stylish than when it debuted in FIFA 20. Additionally, EA Sports says FIFA 21 features its "most intelligent FIFA gameplay to date," thanks to tweaks that make dribbling, positioning, collisions — as well as fundamentals like passing, shooting, defending, and goalkeeping — more realistic than ever before.

I've been playing the game for about a week now, and you can definitely tell the AI (read: the players you're not controlling yourself) are smarter and less prone to making dumb mistakes. And if you're into the microtransaction, sticker pack aspect of Ultimate Team, a big change with FIFA 21 is that now you can play co-op with a friend using the squad you've built.

As for what EA Sports has in store for FIFA 21 on next-gen consoles, McHardy said he couldn't go deep into specifics but noted there would, indeed, be fresh features for the Xbox Series X / Series S and PlayStation 5. "We're focused on taking advantage of the hardware capabilities that are given to us and really trying to take a leap forward in the visual experience inside the stadiums," he said, noting that the most important thing was to ensure players wouldn't have to buy the game twice. That means if you have FIFA 21 for Xbox One or PS4, you won't need to spend any extra money to play it on the consoles that are launching in November.