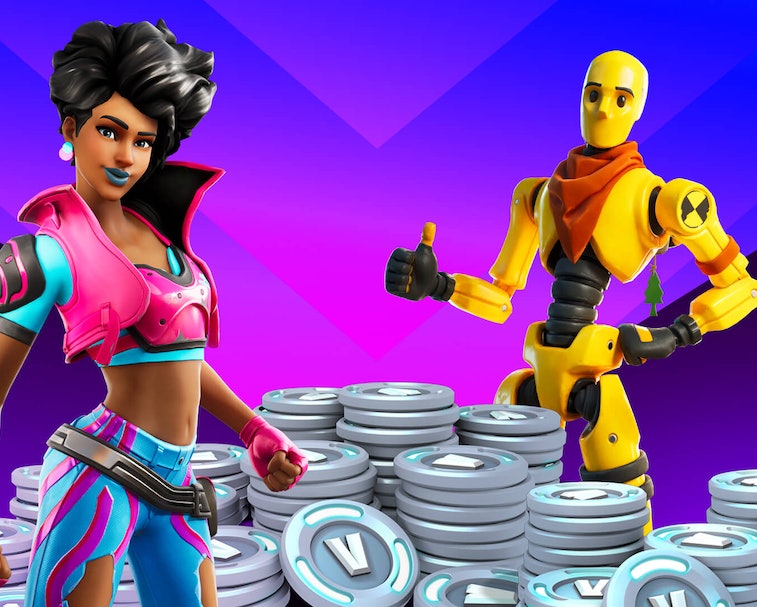 A little more than a week after Apple removed Epic’s best-selling game from the App Store for allowing direct, in-game purchases at a discount and sidestepping Apple's compulsory payment mechanism in the process, the game developer has announced a tournament designed to poke fun at its nemesis.

Surely Apple will see the humor, laugh along, and kiss and make up, right?

Going on the offensive— Last week, the Fortnite developer released a “Nineteen Eighty-Fortnite” spoof of the original, infamous "think different" Apple ad — itself, a homage to George Orwell's iconic dystopian novel, 1984 — which painted Apple as a despotic corporate overlord. The evil apple-headed figure in the ad named “Tart Tycoon,” incidentally, will also be offered as an in-game character skin in the upcoming tournament.

Since then, Epic has filed lawsuits against both Apple and Google, with the latter following Apple's lead and also removing Fortnite from its Play Store for the same violations of its terms of service. Of course, Epic positioning itself as the hero is cunning, if a little disingenuous. It's a multi-billion-dollar behemoth itself, and at least part of its motivation for challenging Apple and Google is so that it can get richer.

Rules are rules — Apple's reasoning is simple. The App Store costs money to maintain, especially because Apple spends considerable effort and resources vetting apps in an attempt to make sure nothing nefarious makes it in. It's also the gateway to more than a billion devices, and for that, it deserves a cut. Moreover, it applies the rules equally to all developers.

Apple has come out saying it won't make an exception for Epic, and why would it? If it did, the floodgates would open and other services would demand similar concessions, potentially costing the company billions in lost revenue. However, there are a couple of chinks in Apple's armor. First, it's emerged it offers Amazon special treatment, and now other companies want the same preferential arrangement. Second, it's under pressure from regulators who are concerned its iron-clad grip on the App Store violates antitrust law.

The reckoning also comes after years of smaller companies and video game developers voicing their concerns and objections to what the see as Apple's inconsistent enforcement of its own rules and predatory policies.

You can still get your Fortnite fix— While opportunists are currently hawking iPhones with Fortnite pre-installed on them for upwards of $10,000 (PSA: do not fall for that bullshit), Epic is politely reminding fans that its ridiculously popular game (now with fewer cop cars!) is still available on pretty much any other platform, including Xbox One, Nintendo Switch, Playstation 4, not to mention PC and Mac computers.

It's also encouraging players and supporters to tweet at Apple with the #FreeFortnite hashtag, that's likely a waste of time, but it's a low-effort way to show your support of Epic Games (if that's your thing) without forking out cash for a hat.