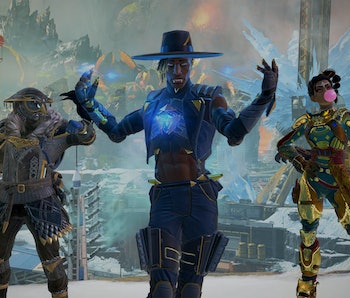 EA has pledged to make several patents available for public use that make it easier for people with physical impairments to play video games.

The patents include one that covers the Ping system from Apex Legends, which is a “contextually aware communication system” that lets players on the same team communicate without using voice chat. They can, for instance, tap a button to let their teammates know where they are, or tap multiple times to alert others to threats. The system was considered groundbreaking when it was first introduced in 2019, but EA’s patent protection hindered other developers from incorporating a similar idea.

Open source — The pledge by EA includes a legally binding promise that the company won’t file a lawsuit against those who use any of the patents. It hopes that other game developers will use the technologies and expand on them further to make gaming more inclusive.

Other patents in the pledge include one that addresses vision-related issues by automatically detecting when objects are of similar color to adjust their contrast on the fly. This patent has been used in games including Madden and FIFA.

More patents will be added in the future, according to EA, and it will continue developing new accessibility technologies that it can open source.

Inclusivity — Accessibility in gaming has received more attention in recent years, with companies recognizing a need to make their products work for everyone. Cynically you could say there’s an economic motivation in terms of good press and potential sales — but it’s also the morally right thing to do.

Microsoft recently updated the Xbox Series X/S consoles with new speech-to-text and text-to-speech options, so players can communicate with their friends even if they have certain auditory or vocal impairments.