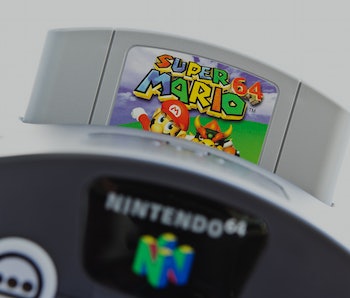 Nintendo’s Switch Online expansion pack has turned out to be something of a disappointment for retro gamers, mostly because a $50 yearly fee is way too much for nine Nintendo 64 games and 14 Sega Genesis games. We know Nintendo is planning to launch at least a few more classics in the near future, including The Legend of Zelda: Majora’s Mask and Pokémon Snap, but the total list is still quite thin. But wait — there’s more. Much more, if a dataminer who goes by MondoMega is to be believed.

MondoMega completed some stealthy data mining on the Switch’s new Nintendo 64 app and found “at least 38” blank spots where Nintendo is planning to eventually release a game on the virtual console. They also found an additional 52 spots in the Sega Genesis app.

A grand total of 90 games would certainly make Nintendo’s exorbitant Expansion Pack fees more palatable, so of course we’re tempted to blindly believe Nintendo actually has this many titles in the pipeline. But Nintendo’s only announced seven forthcoming additions so far, and we don’t even know when to expect even those releases.

And more consoles, perhaps — MondoMega seems certain we’ll eventually have a full roster of 38 N64 games and 52 Genesis games. Let’s say for a moment that we do believe this is Nintendo’s plan. Right now there are nine N64 games available, with seven more planned to be released at some unspecified date. If Nintendo plans to only upload a handful of these games at a time, it could be years before the catalog is complete.

Some folks have replied to MondoMega’s tweets guessing that the final addition to Switch Online will be the Game Boy. This is a rumor that’s actually been tossed around the internet before; Eurogamer even says it’s corroborated the planned Game Boy launch with trusted sources.

But will it work any better by then? — Ugh, Nintendo is making it so hard to be a fanboy right now. The entire launch has been such a disaster. And we wanted to be so excited about having N64 and Genesis access on the Switch.

Pricing problems aside, early buyers of the Expansion Pack have found it to be extremely buggy. We’re talking ridiculous button layouts, frame rate issues, and input lag, even on games that take very little processing power. Many players have ended up so frustrated with the process that they’ve concluded the games are unplayable in their current state.

Nintendo obviously faces an uphill battle in making the Expansion Pack both functional and worthwhile. Having a more extensive catalog won’t really help unless the games are actually playable.