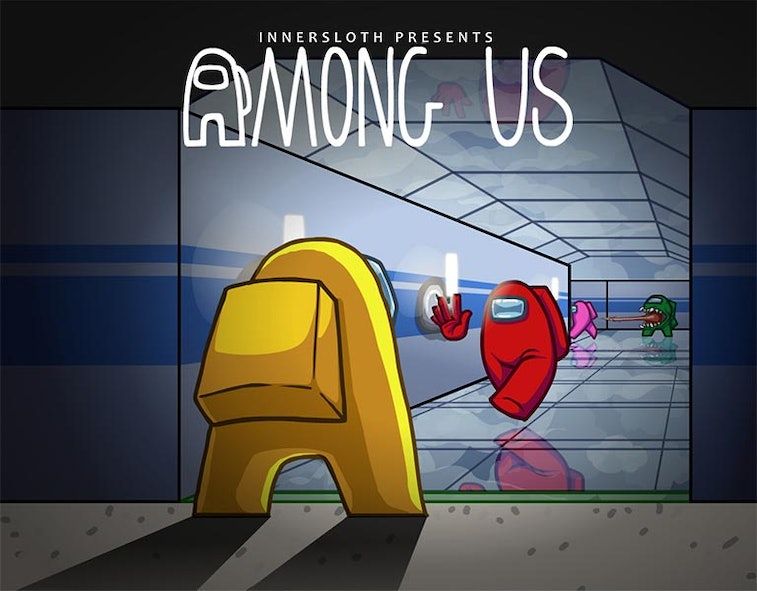 The sudden success of the multi-platform game Among Us is raising other (space)ships by causing a huge rise in downloads of chat app Discord, The Verge reports. The game launched in June 2018 but just exploded in popularity this summer, probably because it's a perfect casual game to play with your friends during the pandemic when everyone's stuck at home.

A pandemic savior — Among Us is a hidden role multiplayer game in which one of the crewmembers on your spaceship is secretly an imposter. Your goal is to figure out who that is before they kill you all.

There are versions of the game for both Android and iOS, as well as PC, so just about everyone can play. Each session can accommodate 4-10 players. Like other breakout hits Fortnight and Spellbreak, Among Us makes the bulk of its revenue from in-app purchases. It's free to download on mobile devices, but $4.99 for PC.

The game started exploding on Twitch in the past month, with watch hours over the past month up 650 percent. Apptopia has charted a correlation between the game's success and a sudden spike of Discord downloads to their all-time high of 800,000 installs a day (see below).

Don't ruin it — Chatting is an important way to communicate in Among Us and discuss who you think the impostor is, but the game only has a simple text chat interface. It makes sense then that people are downloading Discord, one of the most popular ways for gamers to chat with one another over voice or video.

Using voice chat might kill the mystery if someone blabs about who killed them, though, so you'll need to play with likeminded people who won't give the game away.

Considering the game first launched in 2018, the developers are surely happy to finally see some success. Among Us has been downloaded 74 million times since August 1 after years of relative obscurity, according to Apptopia, and has generated $4.5 million through in-app purchases in the same period. It's now doing so well the creators have put a planned sequel on hold so they can keep working on the original game.