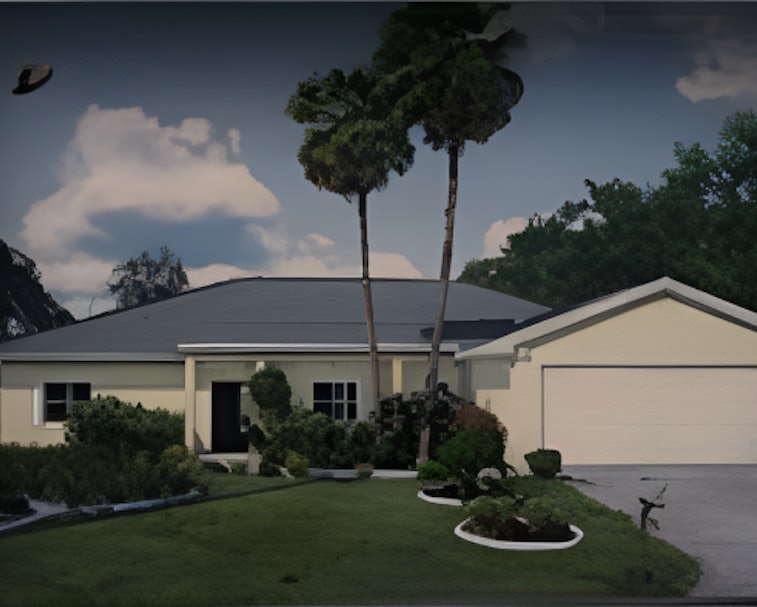 Let's just face it: GTA fans are not in a particularly good headspace right now. After the brutal disappointment of GTA Trilogy — Definitive Edition — which failed to live up to the enormous legacy of the three PS2 games that changed everything — some fans are looking forward to a hypothetical GTA 6, and they think Rockstar might've hidden a clue in the very game that they just flopped out.

Over at the GTA Forums, as well as the franchise's subreddit, fans are working diligently to determine the source of an image that appears in the "remastered" version of San Andreas. Located in a UFO-themed hotel, some fans argue that this image of a suburban home looks distinctly Floridian, and that it must be our first peek at GTA 6, which has long been rumored to take place in Vice City. It's unclear how Hillary Clinton fits into this theory, but she's probably involved somehow.

The search (for nothing) continues — To be fair to these mildly deranged fans, Rockstar does love to hide Easter eggs and other hidden content in its games. Though there are some notable examples in GTA 3, such as a cheeky sign, the trend was really kicked off by a fan theory that you could find Bigfoot in the woods of San Andreas. While this rumor proved to be false, Rockstar did include multiple sasquatch jokes in GTA 5 as a reference to the gag, as well as a UFO that only appears in certain conditions once you attain 100% completion.

It's certainly possible that Rockstar would be devious enough to sneak the first image of GTA 6 into a UFO-themed area of the San Andreas remaster. However, we must remind everyone that these "definitive editions" are broken, busted, and buggy in pretty much every way imaginable (and probably some ways you can't even imagine), so that would be a case of somewhat confused priorities on Rockstar's part. If it truly is the first shot of the new Vice City, it's a cute touch, but I'd rather have games that work correctly, thanks.