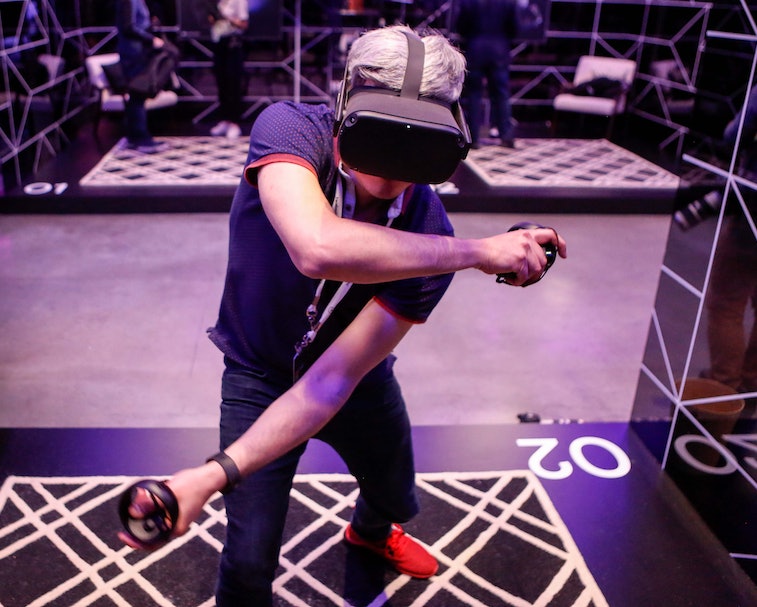 Facebook recently announced that owners of its new Oculus Quest 2 would be required to link a Facebook account to use the headset. But what's more, should you ever delete the Facebook account linked to your headset, you'll lose any games you've purchased.

It's not just deleting your account that will result in losing purchases. According to GameSpot, even deactivating your account temporarily will cut access to purchased games, or you can have your account suspended for violating terms of service and have no say in the matter.

Older headsets like the original Quest don't currently need to be linked to Facebook, but support for separate Oculus accounts ends in 2023, after which all Oculus VR users will need a Facebook account. Following the acquisition of Oculus by Facebook in 2014, founder Palmer Luckey said users would never need an account with the social network. We probably shouldn't be surprised that's no longer the case. Not only is Luckey no longer with the company, but Facebook was always going to eventually tighten its grip on its property... like it has on Instagram and WhatsApp.

Facebook emulating Apple — Under these terms, users never truly own the titles they purchase. It would be as if you purchased a refrigerator, filled it with food, and then the manufacturer says you must hand over your personal information or the fridge will stop cooling.

The situation isn't much different elsewhere, however. On the popular Steam platform, deleting your account results in the loss of any purchases. But the two are different in that Facebook has an infamous "real names" policy that encourages users to use their genuine names — and the company frequently suspends accounts when it finds they're in violation of this requirement. Then there's — of course — the concerns about Facebook's business model undermining global democracy.

Facebook dictates these terms because, should VR be the next big computing platform, the company wants to be able to control it just like Apple controls iOS — ironic considering Facebook regularly complains about Apple's App Store rules.

If Oculus headsets are just dumb hardware like a TV set then they wouldn't be a very lucrative business for Facebook. It needs to be able to take fees from game purchases, collect information about your usage, and push you into its social spaces like Facebook Horizon where it can place advertisements (though Oculus says you don't need to use Facebook's social functions and can toggle off integrations).

A true conundrum — Oculus offers the best VR headsets on the market, and by focusing on the Quest all-in-one, Facebook is appealing to a mass market. The Quest is more affordable than the tethered Rift headset, and users don't need a connection to a desktop PC (though they can with the Oculus Link cable). We called the Quest 2 "the VR headset to buy," but with the major caveat that you have to decide whether you're willing to support a company that's reviled by so many.

Your best bet if you want an Oculus might be to not share anything personal with Facebook and simply create an account with an email address you don't use for anything else. Still, it's too bad that the best mass-market VR product is being very closely tied to a company as problematic as Facebook.