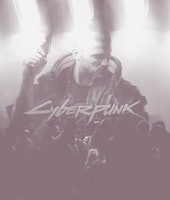 The new record number of simultaneous gamers for a single-player Steam title.

Three facts for your Friday morning: Cyberpunk 2077 is finally on sale, it's glitchy as hell, and it's a massive success. And while numerous (often NSFW) bugs are being meticulously documented as we speak, it certainly hasn't deterred people from getting their hands on the game as soon as possible. In fact, CD Projekt Red's title has already absolutely shattered the record for concurrent players on a single-player Steam title, at one point with over 1 million people zipping around their own respective versions of Night City.

Second place is not even close — To say Cyberpunk 2077 obliterated the previous record would be an understatement. Zenimax / Bethesda Studios' Fallout 4 "only" garnered a comparatively paltry 472,962 simultaneous players back in 2015. It's also important to remember, as Engadget notes, that the 1 million players registered by Steam doesn't even begin to encompass the full number of Night City denizens, considering the game is available on most major consoles (previous gen and current) and via cloud-gaming platforms like Stadia.

Not everyone is so lucky — Of course, just because a record number of people are currently living their best digital cyberpunk lives doesn't mean you are necessarily part of that number. After all, desperate gamers were apparently willing to shell out $700 for an early copy only a few days ago, so it's safe to say not everyone who wants to play Cyberpunk 2077 has access to it yet.

That, or they're willing to waiting until at least some of those aforementioned bugs get sorted out... seriously, they're impressive glitches. Check them out, if you haven't. In the meantime, if you can't play Cyberpunk 2077, you can at least look the part with our new guide to nailing that hacker-chic aesthetic.