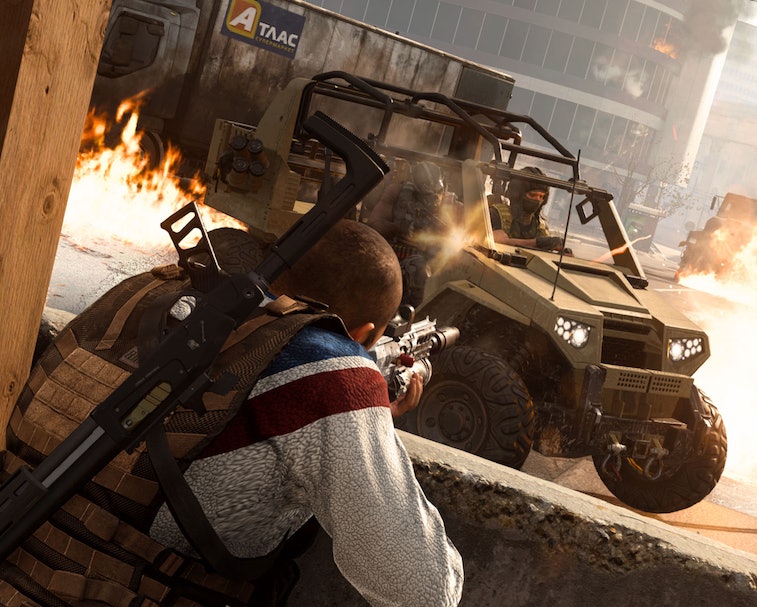 Here's a tip from us professionals here at Input: if you're cheating at something, it's probably best to cover your tracks. This is a lesson that competitive Call of Duty: Vanguard player Kenji apparently didn't learn, as he accidentally busted himself for using wallhacks, after turning on a monitor cam to specifically show that he wasn't cheating. Big oops there, Kenji.

Kenji was apparently competing in a 2 v 2 tournament when other competitors accused him of hacking. When he turned on a monitor cam to prove those claims wrong, the other players immediately noticed telltale signs of cheating — specifically wallhacking. We can only presume that Kenji forgot to turn off his cheats before turning on the cam.

If you aren't familiar, wallhacks are a form of common shooter cheat that allows you to see your foes through walls. Given that positioning and ambushes are a huge part of team shooter strategy, this gives players an unfair advantage. Following this revelation, Kenji was banned from the tournament, and his Twitch account appears to be deleted.

While this is an amusing turn of events, cheaters have been a pretty serious problem in Call of Duty games, which has led publisher Activision to try a variety of different approaches to curbing the issue. In the free-to-play battle royale entry Warzone, confirmed cheaters will no longer be simply kicked every time — instead, some might suffer an effect called "Damage Shield," which limits the amount of damage they can deal to any other player. Though it's funny on its own, it allows the developers to look at the behaviors of cheaters without simply banning them.