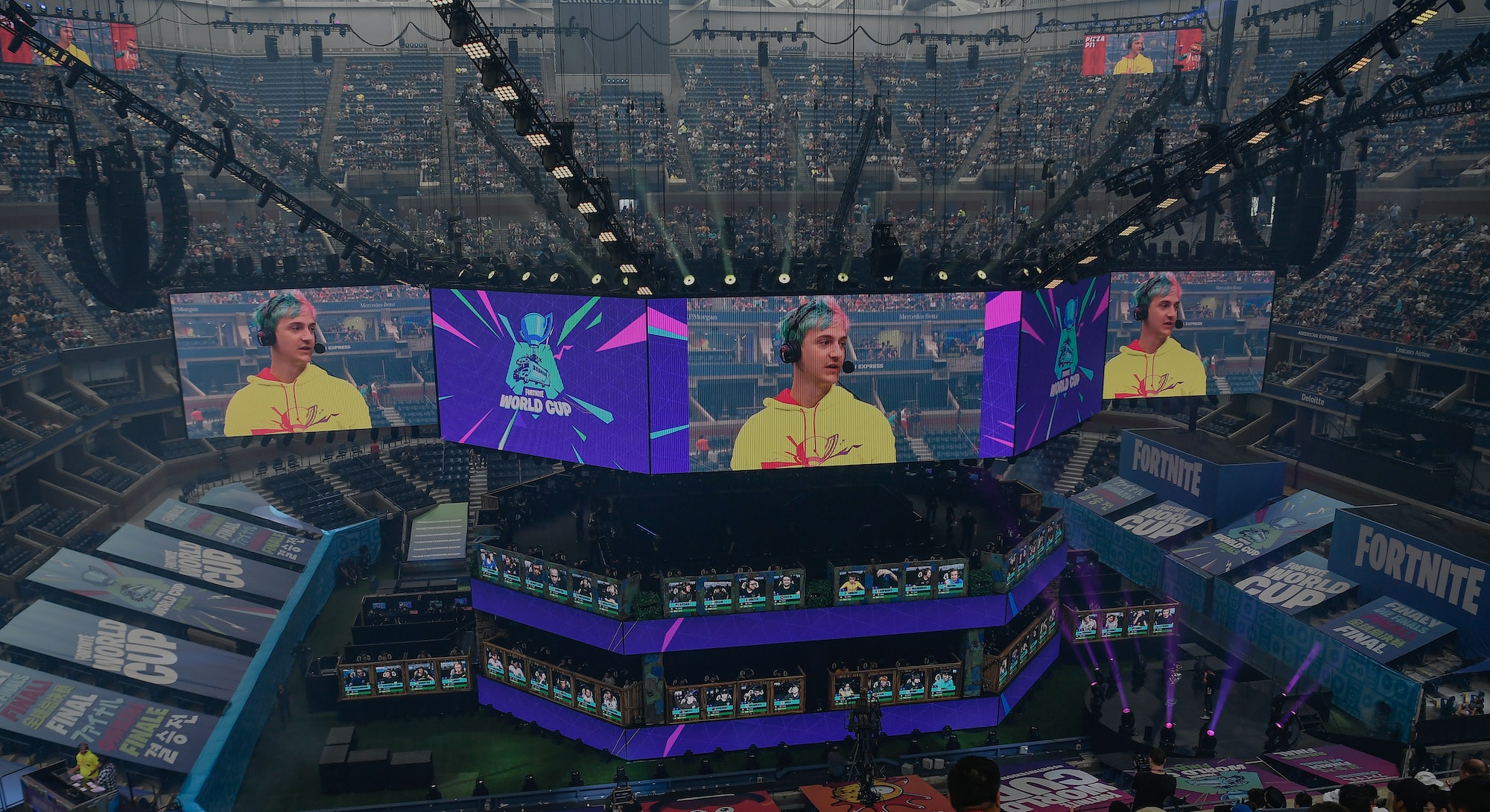 Do you remember Apple's 1996 game console, the Pippin? Of course you don't. Because through Apple's many, many iterations over the years, it has never once understood video games.

This week it went out of its way to confirm that.

But why? The gaming market should be a slam dunk for Apple. It's got the most popular, populated, and profitable software distribution network in the world. It has every serious developer on the planet doing whatever it asks, on its terms. It's got tight, console-like control over all the hardware it releases. It has a uniform development environment across its mobile, tablet, and TV products — with laptop and desktop offerings to follow this autumn. Hell, the Nintendo Switch is the biggest hit gaming has seen since the introduction of the third dimension and Apple's flagship product, the iPhone, is one controller case away from being a dead ringer for it. By rights, Apple should be the name in the gaming market. And yet, it isn't.

The smart money's on gaming

That doesn't mean Apple doesn't make money on gaming. In fact, the appetite for games on Apple's platform, to the contrary, is quite substantial. Apple's App Store practically mints a local bank every minute of every day due in large part to its glut of dumpster quality apps exploiting gambling mechanics and manipulative microtransaction schemes. Apple may act ashamed of this fact when it promotes "premium" gaming experiences at press events, like its janky console ports and Apple Arcade offerings, but it's far too addicted to mainlining cash to ever seriously think about the ethics or critical reception of its platform's most popular titles.

Which is why the company spent the last week getting slammed by every other major tech and gaming firm for its refusal to allow game streaming services into the App Store. Despite its efforts this week, game streaming is coming whether Apple (or, for that matter, the consumer) likes it or not. Microsoft's entire strategy for the next generation of its Xbox brand is predicated on gaming as an all-you-can-eat Netflix-style service that will meet you at whichever screen you find yourself. Google's Stadia may be a laughing stock for now but the company's deep pockets — and tight Android and Chrome integration — mean that it'll be ready to clone and compete with any game streaming service that breaks through to the mainstream. NVIDIA and Steam have PC gamers experimenting with accessing their expensive rigs and extensive libraries from the couch, the toilet, or the train. Sony's PlayStation already has its popular Remote Play feature and has inked a deal with Microsoft should it ever decide to put more effort into the existing PlayStation Now subscription. Facebook is desperately trying to nudge its way into Amazon's massive game streaming kingdom, Twitch. Hell, even the wildly conservative Nintendo offers an all-you-can-eat bundle of downloadable retro games from its NES and SNES eras via Nintendo Switch Online. This is happening.

Though Apple does not have a great gaming legacy, it was once known for being unafraid to cannibalize itself. The iPhone was positioned as a music consumption device so good that you wouldn't need an MP3 player — despite the company's then financial reliance on the iPod. We all know that Apple is happy to cash in, but never to the detriment of user loyalty, investments in future markets, or polished customer experiences. That long-term vision has snowballed the company into the most valuable corporation on earth. Now, something has changed. Apple may finally be too large to see past itself.

As justification for its stance, Apple has cited developer guideline 4.7, which states that HTML5 games are permitted to appear within other apps as long as "code distribution isn’t the primary purpose of the app." Facebook, which desperately wanted its Facebook Gaming app on the iPhone, appealed Apple's decision to block its release over the app's Instant Games feature, pointing out that 95% of the app's activity involved watching or hosting game streams rather than playing the games themselves. “Unfortunately, we had to remove gameplay functionality entirely in order to get Apple’s approval on the standalone Facebook Gaming app — meaning iOS users have an inferior experience to those using Android,” said Facebook COO Sheryl Sandberg. “We’re staying focused on building communities for the more than 380 million people who play games on Facebook every month — whether Apple allows it in a standalone app or not.” Instant games still appear in the app's Android version.

“Even on the main Facebook app and Messenger, we’ve been forced to bury Instant Games for years on iOS,” said Facebook Gaming chief Vivek Sharma. “This is shared pain across the games industry, which ultimately hurts players and devs and severely hamstrings innovation on mobile for other types of formats, like cloud gaming.” Though you may not like Facebook's game offerings (and why would you?), Apple's true motivation for rejecting apps that compete with App Store games should be clear to anyone with a head.

“This is shared pain across the games industry”

Apple, which had television series and movies available for purchase and download in its iTunes store long before the heyday of streaming, allows the Netflix, Hulu, and Disney+ apps on its platform. It also allows Amazon Prime Video, which offers both streaming shows and purchasable titles that compete directly with Apple. Just as it would not be feasible to review every game offered by a streaming service, it does not review the shows and movies which appear on these services, as that would be impossible. Apple offers these apps despite the fact that it could simply block Netflix and offer its own service, which it has in Apple TV+, but it doesn't — because it knows that this would be shortsighted. The backlash from content-hungry consumers would be rightfully overwhelming. Instead, it attempts to be the best place to view Netflix and competes with other platforms and devices on those merits, which has led to a boom in the popularity of both the Apple TV and using the iPad as a consumption device.

To resolve this strategic difference, Apple says that streaming Netflix isn't like streaming a video game, as Netflix's content is passively rather than interactively consumed and therefore more akin to something like Amazon's Kindle eBook app. This is a premise which also collapses once you've gained a passing familiarity with the service, which offers interactive TV shows like Black Mirror's "Bandersnatch" and The Unbreakable Kimmy Schmidt: Kimmy vs. The Reverend. The App Store also features third-party browsers, Reddit clients, and remote desktop apps that allow a user to access a third-party computer of any OS to control remotely. The idea that a distinction can be made between an app with "passively" consumed content vs. "actively" consumed content is so nonsensical that one French company, Shadow, offers consumers a "remote desktop" app which gives them access to a third-party gaming PC from which they can stream PC games. Things get messy when you crown yourself the judge and jury.

Additionally, it should be noted that, unlike Android where they're quite popular, Apple also doesn't allow perfectly legal game console emulation apps into its store — on the premise that it could encourage piracy. If you accept this (which you should not), you might muse that perhaps if users could stream games from a third-party service, a third-party service would emerge that made game piracy similarly easy — in which case Apple is simply trying to protect publishers by blocking such apps. Unfortunately, this also does not withstand more than a moment's consideration.

Nobody will mourn Apple Arcade

Whenever anyone asks any questions about Apple's excuses for its anti-competitive behavior, the company covers its ears and hums. “Our customers enjoy great apps and games from millions of developers, and gaming services can absolutely launch on the App Store as long as they follow the same set of guidelines applicable to all developers, including submitting games individually for review, and appearing in charts and search,” said an Apple spokesperson in a statement about blocking the Stadia and Xbox apps. In a year when the company has both pissed off developers to the point of open revolt and seen the most mainstream political criticism regarding its monopolistic practices yet, Apple has decided its users shouldn't have the option of experiencing this new medium. I mean, what would happen if they preferred Halo, Skyrim, or Tomb Raider to Candy Crush? What if users preferred games that didn't meet with Apple's patronizing content restrictions? What if Apple actually had to compete?

The truth is that for all its anti-competitive flexing, Apple does have to compete on some level — and if it goes into this fight with one hand tied behind its back, it will lose. Candy Crush isn't going to stop Candy Crush-ing anytime soon, but consumers have, by and large, chosen Nintendo's Switch over premium iOS games. Nobody wants to play Dead Cells or Stardew Valley with a touchscreen. Apple can make things painful for its own customers if it wants, but when game streaming breaks into the mainstream (and if the movers and shakers of the industry have anything to say about it, it will) gamers will go to the devices on which it is offered. Android's Play Store has all the casual apps and games Apple's App Store offers and soon, through these streaming apps, it will have every modern PlayStation, Xbox, and PC game alongside emulators offering every title in gaming history, too. Throw a Razer Kishi around your Samsung, fire up nearly any game on the market, and suddenly there's less need to buy an iPhone or a Switch.

Nintendo will have Mario and Link to fall back on. Nobody will mourn Apple Arcade's nameless exclusives.

Gaming has never been Apple's strong suit, but there was a time when music and television and cell phones weren't either. If Apple wants to remain Apple, it needs to do what made it the company it is in the first place: offer the same services its competitors do in a safer, cleaner, sleeker, faster, and (if I know anything about Apple) more expensive package.

Microsoft recently made a rare statement condemning a competitor: “Apple stands alone as the only general purpose platform to deny consumers from cloud gaming and game subscription services like Xbox Game Pass. And it consistently treats gaming apps differently, applying more lenient rules to non-gaming apps even when they include interactive content. All games available in the Xbox Game Pass catalog are rated for content by independent industry ratings bodies such as the ESRB and regional equivalents. We are committed to finding a path to bring cloud gaming with Xbox Game Pass Ultimate to the iOS platform. We believe that the customer should be at the heart of the gaming experience and gamers tell us they want to play, connect and share anywhere, no matter where they are. We agree." Hear, hear.