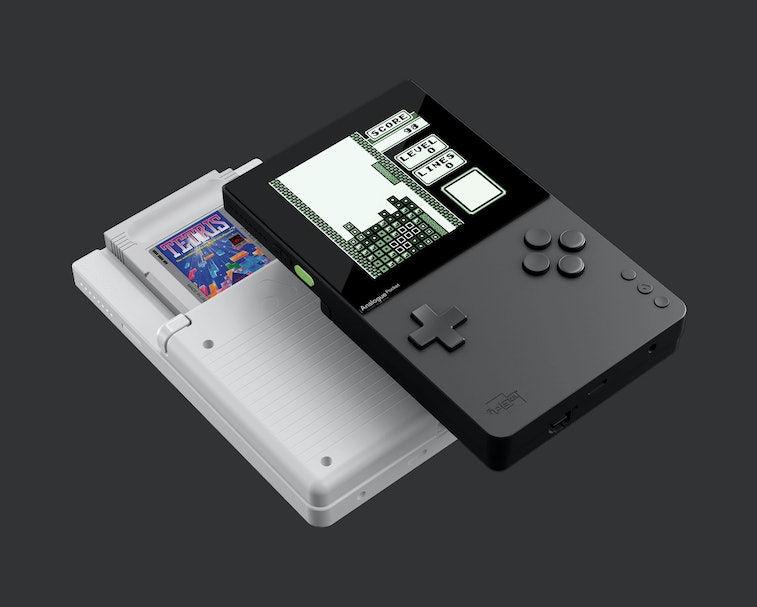 Just minutes ago, Analogue, the company behind high-end retro game consoles like the Mega Sg and the Super Nt, posted a cryptic tweet with the date and time of "Jul. 27, 2020, 8am PST." This is presumably the pre-order date for Analogue's upcoming Pocket handheld game console, as the green color used in the background is very similar (though not identical) to the green motif used on the Pocket's splash page and button on the side of the console.

For those out of the loop, the Pocket will be able to play Game Boy, Game Boy Color, and Game Boy Advance games right out of the box. It uses an FPGA, which is not software emulation, to mimic these retro consoles, but adds modern hardware like a 3.5-inch 615ppi display at 1600x1440. The Pocket will also be able to play games from other classic handhelds like the Game Gear, Neo Geo Pocket Color, and the Atari Lynx with various cartridge adapters according to the specs page.

As a child of the 90s and the owner of several Game Boy consoles, the Pocket appeals to my nostalgia in a major way, but the addition of a second FGPA for developers to play around with only sweetens the pot. It's still not clear exactly what could be done with that second FPGA at this point, but it seems likely that third-party developers could use it to play games from other consoles, and I'm personally hoping for some SNES action to make the most of the front-facing buttons and the triggers on the back.

If you, too, are looking for an over-engineered, super-modern retro gaming handheld, it looks like you're going to need to have $199.99 ready come next week. I know I am, and you can be sure that once it's out we'll have a full review that puts it through its paces.