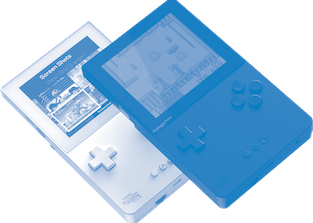 The day the Pocket will, at long last, leave the warehouse.

Analogue’s Pocket, the most-delayed gaming device in recent memory, is finally slated to ship to customers on December 13. Analogue sent an email this morning to all customers who pre-ordered the handheld explaining the shipping times.

The company explains in its email that, due to “unprecedented shipping congestion,” the Pocket will begin to arrive on customers’ doorsteps between December 14 and December 30. For once that actually aligns with the estimates Analogue provided months ago.

It seems Analogue is certain that all pre-orders will be sent out of its warehouses in mid-December, arriving for everyone before the end of the year. Of course, there’s still always a chance your order will be delayed for some reason or another; it’s the holidays, after all, the busiest time of the year for shipping companies around the world. If your order’s delayed this time it probably won’t be Analogue’s fault, though.

Request a hold now, if you want it — While many pre-order customers will just be ecstatic that the Pocket is nearly ready to leave the warehouse floor, Analogue also recognizes that not everyone will be spending the holiday season at their shipping address. For this reason, the company’s giving customers the option to put a time delay on their shipment, if they so desire.

Pre-order customers can reply to the email they received today requesting a hold or change of address. Sending a message to support@analogue.co will suffice as well. These requests will need to be made before Sunday, November 28 — any later and the shipping process will have already begun.

Can it live up to its long-delayed hype? — Analogue’s Pocket has proven itself an enigma even in comparison to the rest of the booming handheld market. The Pocket was first announced in October 2019 and immediately made waves in the gaming community for its sleek hardware and wide support of emulated consoles. By the time pre-orders opened the following August, the Game Boy lookalike had garnered so much hype that it sold out in seconds.

Then the delays came. The first pushed shipments back from May to October 2021; another, announced just weeks before that planned shipping date, moved the Pocket release to December. The company blamed COVID-19 restrictions and supply chain issues for the seven-month wait.

All told, we’ve now been anxiously awaiting the Pocket for more than two years now. That long delay — and bad emulation attempts from other companies — has only served to compound the hype. Analogue has some pretty lofty hopes to live up to.