Americans splurged on video games and hardware in 2020 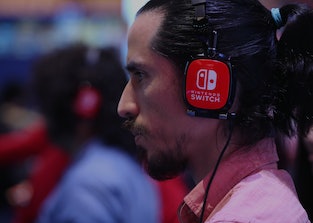 How much Americans spent on games last year.

Market research company, The NPD Group, dug into consumer trends for the year 2020 and found that American spending on video games hit a record of $56.9 billion. Compared to 2019, that's a substantial 27 percent spike. And, compared to 2011, American spending on video game hardware reach yet another record of $5.3 billion. When compared with the figures from 2019, that's a 35 percent increase.

Nintendo is king — In the NPD research, Nintendo brought in the big bucks and reigned supreme over PlayStation 5 and the Xbox Series X in the United States. Piscatella notes that the Nintendo Switch "[W]as the best-selling hardware platform in units and dollars for both December and the 2020 year. Annual dollar sales of Switch hardware were the second-highest for a platform in United States' history. Only the 2008 dollar sales of Nintendo Wii were higher."

Input has been following the Switch's ascension to the top. The Nintendo Switch gained an immense following and consumer interest thanks to its adaptability. Plus, with addictive and family-friendly games like Animal Crossing: New Horizons — that's frequently updated to keep gamers coming back — the Nintendo Switch became the go-to source of gaming entertainment during the COVID-19 pandemic. It was so excellently executed that the Nintendo Switch and Animal Crossing combo even managed to topple titles like Call of Duty: Black Ops III, Super Smash Bros. Ultimate, and Pokemon Sword and Shield around the world.

In the middle of it all, Nintendo's timing — whether good luck or good management — was perfect. It was able to offer those stuck at home the affordable and crowd-pleasing Switch (and Switch Lite) alongside the strangely irresistible Animal Crossing, not only grabbing the hearts of American consumers but dominating the global gaming market, too.